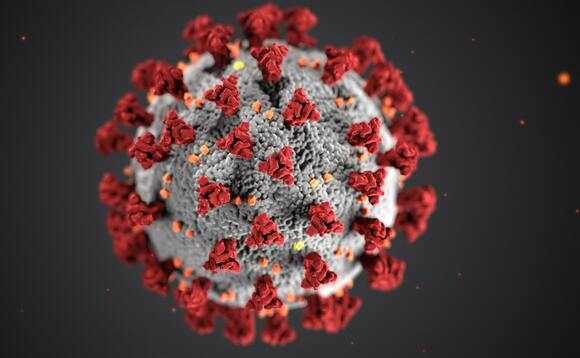 As authorities seek technological solutions to the pandemic, experts fear the consequences for civil liberties

Crises can be great catalysts for change. Issues that had been forever relegated to the back burner suddenly find themselves addressed, while others that were thought to be impractical, unaffordable, or too disruptive are abruptly reframed as essential and unavoidable. The most often quoted example in the context of the coronavirus pandemic is the black death, which dealt a fatal blow to the feudal system 14th Century Europe. As another example, the NHS was born in the aftermath of the Second World War.

The broad changes that may result from this crisis are hard to predict  - who knows, they might include forgiveness of debt and a concerted effort to tackle climate change - but one obvious positive outcome would be to ensure we are better prepared for the next pandemic. International agencies like the World Health Organisation (WHO) and public health bodies need to be better resourced and evidence-based mitigation strategies followed.

When it comes to these mitigation strategies, data - including highly sensitive health, communication and location data - will inevitably play a pivotal role. Indeed, it is already taking centre stage as authorities ponder the best way to monitor the spread of infections. The question is, can this be done without major damage to civil liberties, and in a way that can be rolled back once the pandemic subsides?

There is an urgent need to address this situation as right now, around the world, governments are deciding what to do next, and may fix on a flawed solution that will have damaging long-term outcomes.

It's important that data co-opted in the fight against Covid-19 is used in ways that are transparent and restricted to issue of disease control. If not, the public will lose the all-important trust in the process.

Currently, the default tendency with data initiatives is frequently ‘give it to Google' or some other tech giant deemed capable of crunching through data for insights. Alternatively, authorities squirrel away the information in their own data stores to be mined in ways the public can only guess at.

See also: Do we really want Palantir embedded in the NHS?

The changes catalysed by crises are by no means always positive, and there's a risk that hard-won rights and protections could be jettisoned. Authoritarian governments are already using the emergency to consolidate their power - as of last week Hungary is effectively a dictatorship - and centralised data sources provide a powerful means of telling who's been associating with who, and where. "Our freedom is built on what others do not know of our existences," as Alexander Solzhenitsyn put it.

And of course, personal data is the fuel that powers Silicon Valley; many of the firms being called upon to assist in the crisis made their fortunes through its use. The health tech sector is predicted to be a huge revenue earner over the coming years, and there are fears that these companies will look to capitalise on a regulatory pullback by governments as they battle the virus.

There is a significant risk of scope-creep, where the data we hand over to battle the virus is cross-matched with other information in ways we don't understand.

Last week's release by Google of aggregated smartphone data charting public movement in locations such as parks and retail has been seen by many as a PR stunt. There was no demand for this from health professionals, pointed out Edin Omanovic, advocacy director at Privacy International, who described the move as "technological solutionism".

"People want to make sure that the health experts are actively driving this process," Omanovic said during a public webinar hosted by Open Rights Group on Friday. "And what is it they're asking for? They're asking for things like more testing and personal protective gear. They're not asking for these high-tech, super-duper contact tracing apps or for Google to send out anonymised data on everyone."

But privacy advocates are treading a fine line. With governments all over the world turning to phone data to trace contacts of infected people so they can be quarantined, there could be a significant backlash if privacy concerns blocked access and if that were to lead to worse outcomes.

Those concerned about the use of personal data cannot afford to be seen as blockers; they need to come up with better solutions.

Contact tracing is a core strategy in coronavirus containment efforts. When a person becomes symptomatic, the people they had been near can be contacted and told to self-isolate.

Phone data and apps promise a quick and relatively easy way of locating those potentially infected, but they can be highly intrusive particularly if they use geolocation data: where we go, when we go there and who is there at the same time provides a powerful indicator as to our lives and preferences.

A less invasive approach is to use Bluetooth, whereby users' phones detect and record other devices running the app in their close vicinity without needing to record  location data. This approach is used by the Singaporean app TraceTogether and provides a degree of privacy in that data is stored encrypted on the device, deleted after 21 days, only uploaded (voluntarily) when the user becomes symptomatic, and with the user's identity and those of the contacts pseudonymised. However, it is still a centralised surveillance system and identities could be de-anonymised relatively easily.

App-based contact tracing is far from fool-proof. It skips over people infected from contaminated surfaces (albeit this is likely a small proportion of total infections). To be effective it is also thought to require the cooperation of about 60 per cent of the population, but the science on this is not solid: the demographics of app users may not be representative of the population, for example. And other measures - focusing on taxi drivers and others who come in contact with a lot of people - may be more effective.

Importantly, people need to trust the app vendors, the mobile OS providers, the data processors and the authorities not to abuse their powers. As an example of the latter, governments in Montenegro and Moldova published details of people infected with Covid-19, leading some to be abused. Such actions destroy trust and will lead to under-reporting.

Nevertheless, despite its drawbacks, at this stage in the pandemic's progress app-based contact tracing is a mechanism that many governments are looking at.

A question of consent

WHO guidelines from 2017 state that "Individuals have an obligation to contribute to surveillance when reliable, valid, complete data sets are required and relevant protection is in place. Under these circumstances, informed consent is not ethically required."

This chimes with the latest ICO advice which says: "Generalised location data trend analysis is helping to tackle the coronavirus crisis. Where this data is properly anonymised and aggregated, it does not fall under data protection law because no individual is identified. In these circumstances, privacy laws are not breached as long as the appropriate safeguards are in place."

However, there are serious questions as to the possibility of truly anonymising location data. "It gives technical cover for governments to pretend that some data ins anonymous data and therefore not subject to the same rules", said Paul-Olivier Dehaye, board member at MyData Global, a non-profit focused on personal data empowerment.

Not only that but there are numerous other challenges around consent in this context, he added: "We're not just talking about consent of the app user, but also pre-emptive consent of the contacts for their information to be passed on."

Given the urgency of the situation, any privacy-focused protocol or app will need to meet a number of criteria. It must be science-based, interoperable, independent from interference and accepted by authorities and users - and it must work.

Dehaye mentions a few possible candidates, one being a decentralised Bluetooth protocol called Contact Event Numbers (CEN). A European consortium-led initiative called PEPP-PT is expected to release some code in the next few days, although privacy activists fear it may be too centralising; and there's a third candidate from members of the same consortium called D3-PT, which describes itself as a "secure and privacy-preserving decentralised privacy-preserving proximity tracing system".

What all these have in common (with the possible exception of PEPP) is that data is held encrypted on the smartphone rather than being uploaded to a centralised store. Authorities will be able to notify people who have been in close contact with a symptomatic sufferer while only having access to the requisite information - the principle of data minimisation, in other words.

Dehaye pointed to a prototype called WeTrace, developed in the space of two weeks by engineers from Google and a Swiss bank, as an example of a protocol that could be merged and provide further improvement on the current models.

However, whether a privacy-preserving protocol or app will be ready before EU governments decide on an approach remains to be seen. Dehaye fears they may plump for the Singaporean approach which would leave sensitive data in central stores. Another issue is that fact that any app will need to be acceptable to iOS and Android app stores.

"The app stores are already gatekeeping for some apps and not others based on the health credentials of developers (hospital or governments), [and] questions around background trackers are important," he said.

"It's one of those moments where Europe realises how much critical infrastructure it has let go."

How to mitigate the privacy issues of video conferencing platforms 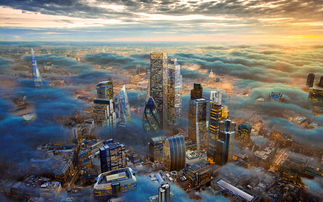 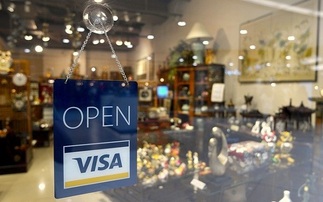 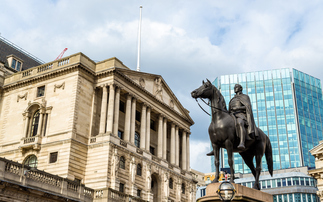