Odd behaviour from a company that hates "fake news"

Google, and various outlets of the technology and wider news press, has today been carrying "news" that Google is planning to open a new headquarters in London, creating 3,000 new jobs by 2020.

This "news" isn't actually news at all, because Google already revealed the entire project back in 2013, although back then it was going to cost £650m yet create (quite weirdly) 35,000 jobs. As a result, Computing, The Inquirer and V3 saw no value to our readership in covering it.

Sundar Pichai spoke to selected members of the mainstream press, including the BBC, in an interview heavily couched in a feeling that a post-Brexit Britain is still kicking, despite widespread doom-mongering from the "Remain" crowd.

While one strand of the announcement was a new design for the building compared to its scrapped 2013 version, no imagery whatsoever was shown to accompany this "news".

I was pitched a volley of "reaction" quotes myself today, by PRs representing a number of tech vendors, all assuming I'd cover these events as a matter of course.

"Huge news I'm sure you'll agree" wrote one PR, with all the confidence of a dead-cert pitch, before immediately failing to catch my drift when I said we weren't covering it.

"It's still news because of Brexit," they insisted, before calling Pichai's words a "restatement of commitment to invest" in the UK.

When speaking to the BBC, Pichai did at least partly acknowledge the investment had been put in place much earlier than the Brexit vote (though, admittedly, after it had become Tory policy), by saying the investment was made "taking into consideration" an upcoming referendum.

But in all truth, even if Google wanted to pull the hell out of the UK at this point, and not bother, would it really be able to? Having begun work on a 2.4 acre site, could it just abandon the whole lot to gather dust? Surely the wheels are now well in motion for a 2018 office move, and a 2020 opening.

The BBC interview went on to discuss, with Pichai, the new, post-Trump debate about "fake news" and how cutting such dissemination through its own channels is "very important" to Google.

Repackaging pre-Brexit sign-offs on new UK facilities as positive post-Brexit success stories does not, in my opinion, chime brilliantly with a company interested in speaking the absolute truth.

Further, a conspiracy theorist could begin asking whose idea it was to bring up such a specific piece of three-year-old news in interviews with large media outlets?

As the government continues to falter during its previously confident march towards Article 50, one could surmise it could do with all the positive, big business-backed PR it can find in order to have its way. 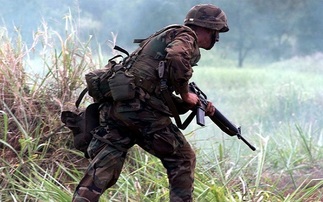 The flaw has also exposed the locations of a number of sensitive sites in the country.