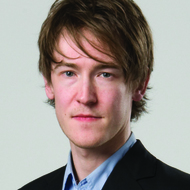 Phil Muncaster is news editor at V3.co.uk, a role he has fulfilled since January 2010. Previously he was chief reporter for IT Week, having also worked as a reporter and senior reporter on the publication from 2005.

Before IT Week, Phil worked as a researcher for the Rough Guide. Prior to his work in journalism, Phil spent three years teaching English in Japan.

US crackdown on insider trading continues

Top 10 articles: Tech products to throw on the bonfire, and the Juniper router glitch

Top picks of the week for V3 readers

Nvidia ramps up power efficiency and performance with Tegra 3

RSA attackers hit over 700 other firms