Home working in a pandemic: The hidden challenges 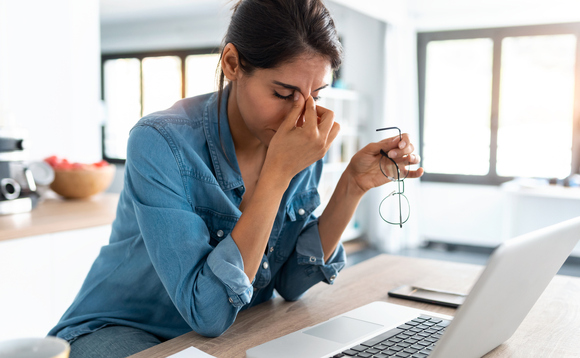 The management burden of remote working is heavier than it seems, reports Chris Middleton, and mental health may be the biggest weight to carry.

While some enterprises have carried on regardless during the pandemic - healthcare workers, supermarkets, transport providers, and manufacturers among them - 84 percent of organisations have reported a significant increase in remote working. Many have accelerated their cloud plans to accommodate this fast-forward shift off premises.

These Computing research figures from a survey of 150 IT leaders come as no surprise, of course, but our repeatedly locked-down world pose some less obvious management challenges to business and IT teams.

The granular cybersecurity aspects of home working at scale are discussed in our recent reports, but well over one-third of respondents do report an uptick in incidents, and even more cite the emergence of new forms of attack. Eighty percent of respondents either agree or strongly agree that security management has become more difficult as a result.

But there are hidden issues for leaders to contend with, too. For example, nearly two-thirds of respondents say that managing employees full stop has become either somewhat more difficult (46 percent) or much more difficult (17 percent).

A further 21 percent have no strong feelings on the matter, but it's significant that only 16 percent actively disagree with the statement that the increase in home working has made managing the workforce harder.

Clearly leaders have to think outside of the box now that workers are out of the box of head office. Most are no longer commuting - a change that will remain permanent for many, even once lockdowns are a thing of the past.

Some, however, find themselves isolated in new boxes: rented rooms and other accommodation that may not be suited to long-term productivity or peace of mind. Others may find themselves trapped in psychological and emotional boxes.

One of the biggest management challenges is simply keeping employees motivated: 70 percent of IT leaders agree that this is a significant issue for them, with only 14 percent actively disagreeing.

It's safe to assume that some of the naysayers to that question are leaders in enterprises that have more advanced and mature home-working cultures, which have adapted to a flatter, more flexible, more demand-led workflow. For such organisations, results and team cohesion are more important than old-fashioned hierarchies.

But mental health may emerge as the most serious management challenge in the months ahead. The long-term effects of the pandemic, lockdown, economic uncertainty, loneliness, isolation, and juggling competing priorities at home are hard to predict but likely to be cumulative.

Some workers will be harder hit than others, either because their circumstances are different, or because they are less able to deal with ‘the new normal'. Indeed, the constant use of that phrase may add to the stress - the notion that this is their reality now.

Remote working at scale may prove hardest to bear for extrovert team members. Not everyone can learn the self-reliance of people who have long self-isolated out of choice. Others may appreciate the order and structure of office hierarchies; not everyone wants to think outside the box.

But even the happiest introvert may be experiencing relentless, low-level stress from the Groundhog Day sameness of lockdown, combined with financial worries and concerns about the future.

In the pandemic, many employees will also have suffered bereavements, or perhaps illness themselves - ‘long COVID' is being experienced by some, with lasting health impacts months after infection. Some of those symptoms may be psychological, and that demands sensitivity from leaders - who may be among those suffering, of course.

But the reported ‘tsunami' of mental health problems sweeping the UK needs more detailed examination and we should avoid making it a self-fulfilling prophecy. That's according to a collaborative study of thousands of UK citizens carried out by academics from the universities of Sheffield, Liverpool, London, Ulster, et al.

A report on their findings published by the Guardian in February 2021 observed, "We see that the majority of the population (56.5 percent in the case of anxiety and depression) have been resilient, showing no evidence of mental illness at any time.

"These are contrasted with a small group who have been unwell throughout (6.5 percent), some who have deteriorated after starting with low (17 percent) or moderate symptoms (11.5 percent), and some who have shown considerable improvement in their mental health (8.5 percent).

"So, in total, about a quarter of the population is doing badly. This picture of what we might call ‘different slopes for different folks' does not look like a tsunami."

The report also observes that personal suffering is harder to recover from than collective trauma - such as a pandemic. And even pandemics themselves are dynamic and multifaceted.

So those who have been hit personally by the loss of loved ones, family members, and friends will need greater care and sensitivity from their managers than those who are ‘merely' suffering the same collective malaise as everyone else.

But despite the grim headlines and our collective or personal traumas, it's a mistake to assume that every aspect of life has been made worse for everyone. There are isolated upsides, despite the difficulties we all face. Moving forward, some need to be considered carefully.

For example, some employees' freedom from the drudgery, expense, and lost time of daily commuting has been a boon. Ohers appreciate having more time to spend with their families - despite the stresses of home-schooling.

In every case, cloud platforms and collaborative tools help tie us together, as teams and as families.

Indeed, some IT leaders feel that cloud platforms have helped to simplify employee management during the crisis: 42 percent agree that cloud tools have somewhat eased the burden, and 18 percent (nearly one fifth of respondents) that it has made management much easier.

In the cloud, not everything is a burden.

'What makes me laugh? "You're on mute!"' - 15 Questions with Met Office CIO Charles Ewen

Older software versions can cause premature eMMC and SSD degradation, the company admits