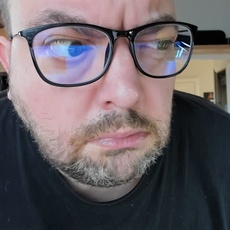 Chris Merriman is a freelance technology journalist who leads an exciting double life as INQ's Associate Editor. He joined the INQUIRER in 2013 after a long career messing about with tech in the music industry. He graduated from the University of Sunderland a very long time ago.

He got his first smartphone in 2003 and his first soldering iron in 1989. Before joining the INQUIRER, he divided his time between managing social media campaigns, music and tech journalism, radio presenting and DJing in London's glittering West End.

His love of all things tech is inherited from his grandfather, who worked on NASA's Gemini, Mercury and Apollo programmes and used to keep discarded rocket prototypes in the garage to cannibalise for odd jobs around the house.

Since he joined Chris has been responsible for several major scoops for INQ, mostly surrounding privacy issues in Windows 10. Weirdly, Microsoft still invites him to things, occasionally.

As well as his written burblings, he can be found doing shonky product demos as the resident "Tech Guru" on The Matthew Wright Show, every Wednesday afternoon on Talkradio. He has also appeared as an expert on Sky, BBC and Al Jazeera amongst others.

Chris's ambitions include having an entry on Wikipedia, a blue tick on Twitter, finding the perfect cup of coffee and the cure for whatever has sent the human race so bonkers lately.

Qualcomm sets up bug bounty awards worth as much as $15,000

Initiative will use Azure platform

Microsoft launches Teams in a bid to kill off Slack

Staff astounded by speed of innovation on AI speech recognition

System taught itself how to get around

Specs unveiled for Sinclair Spectrum Next

OpenOffice considers closure after project is eclipsed by Libre Office

It's a "purely preventative" measure, claims the company

Microsoft claims that it will make it easier for users

Some Virgin flights also affected due to code sharing agreement

PC shipments finally grow in the US, but fall everywhere else

Lenovo lead under attack from HP

Affected batteries were shipped between March 2013 and August 2015, says HP

Robot development alliance between Google and Foxconn goes back to 2014

Those features you thought were part of the operating system you bought? They've been removed

US government "has exploited the transition to cloud computing as a means of expanding its power", claims Microsoft

Think first before you "rm -rf"

Oracle demands $9.3bn from Google over Java APIs in Android

Grove: One of the key figures of the modern computing age, and a driving force behind Intel's rise to dominance

Microsoft to use Minecraft world for AI experiments

Need for speed? Opera's web browser will come with a built-in speedometer

Invented email by mistake when slacking off