In the world of movies, follow-ups rarely match the quality of original. After all, if you are going to rehash a film, it's likely to have already caught the public imagination in one way or another and that magic can be hard to reproduce. So what tends to happen is the sequel has more gore, more mugging to camera, more nonsensical subplots and more zany or pointless characters.

However, there are exceptions to this rule. There are sequels that are widely considered to be equal to or even better than the original. A quick search of IMDB brings back a few examples, as voted for by movie buffs, including From Russia With Love, The Godfather Part II, Toy Story 2, and, erm, Austin Powers: The Spy Who Shagged Me.

What these and other successful sequels have in common is that they build on the strengths of the originals while jettisoning quirks that didn't really work.

If spy and gangster movies seem to throw up a few good sequels, another genre that does the same is superheroes, possibly because most are so awful it's hard to make one that's worse. I'm not a fan of superhero movies, as you may have guessed, but their subjects are undeniably a useful metaphor.

As we sit in front of our laptops during Lockdown II at the end of a year marked by the sort of dystopian bleakness and discombobulation that only the most twisted of creative minds could produce, what has been learned? How have we built on successes and moved on from mistakes?

One thing that's definitely been learned is that the days of The IT Crowd, when techies were imprisoned in windowless basements (Lockdown 0.1 perhaps?), are long gone. IT was the star of the show in getting many businesses through the first wave of the pandemic, with IT staff the superheroes, and successful strategies have been refined during the later phases.

In an astonishing result that had us checking our survey software, precisely none of the 215 IT leaders we interviewed felt that IT had become less important in the last six months. A total of 69 per cent felt IT has become more important since April, with 30 per cent saying IT's standing is about the same. Really quite a remarkable result.

Base: 215 UK IT decision makers

But it's not easy being a superhero, and for some, the strain was starting to tell.

"There's so much pressure on IT at present to deliver results quickly and with pressure on resource," said a service manager in higher education, while others complained of cabin fever, and phones that never stop ringing because of increased support requirements from people working from home.

Nevertheless, IT has certainly risen to the occasion. Around half of those surveyed said they are certainly up to the challenge of supporting remote workers and legacy systems - up from 40 per cent when we asked the same question in April, a time when there was a huge rush to procure the remaining laptops left after the banks and other big players had strip-mined supplies, and to get secure, reliable connectivity in place.

However, about 20 per cent said they are struggling, the same proportion as in April.

Back in April, there was a great deal of uncertainly about whether systems and people would be able to cope. Happy to report that in most cases both proved to be unexpectedly adaptable.

At that time, the new ways of working were greeted with a mixture of trepidation and what might even be termed excitement among those now dialling in from home. Certainly, few tears were shed for the daily commute and many were enjoying a healthier work-life balance, with more time spent with the family or working out with Joe Wicks. Back then, and it seems so long ago, Zoom calls were a novelty, something with a faintly Sci-Fi edge, like the video screens on Star Trek through which aliens peered murkily from deep space. It was kind of fun, and many said they preferred not to be slaves to office hours and were in no rush to return.

Our conversations with IT leaders back then revealed a steely determination to knuckle down and get through this, but has this attitude survived? Does anyone really look forward to a Zoom call any more? Has the improved work-life balance shifted to "I'll work if I feel like it"? Are teams still cohesive units?

A story of resilience

Certainly managing remote staff and all the support that goes with it is no picnic, and it may not get easier with practice.

A fifth of our respondents said it was indeed more challenging to support the organisation's tech needs now than it was in April.

Training was an issue highlighted by many. Mentoring a new recruit is always going to be much harder without face to face contact.

An increase in cyber attacks was another theme, a particular problem when people are working from home on a mixture of devices, not all of which are up to enterprise-grade security standards.

Home internet connections are more likely to go down, and this and other emergent issues were straining the resources of IT staff, with one respondent reporting an "exponential increase in support calls".

On top of this, some overstretched teams were working extra hours, covering for furloughed colleagues.

However, for a larger number there was progress. Life in November was easier than it had been in April, as new systems and ways of working bedded themselves in.

For one thing, pressure on the supply chain has lessened with equipment easier to come by. For another, the large-scale adoption of remote management tools such as TeamViewer and endpoint management software had even increased efficiencies in comparison to face-to-face some said.

Home workers themselves have become increasingly self-reliant, having a try at fixing things themselves rather than reactively calling support.

And many teams were now enjoying the fruits of their April labours when they'd been working around the clock to put in place the systems their organisations needed, installing and securing users' home setups, bringing in cloud services and boosting VPN capacity.

Morale, though, was down on April, a time when most of us assumed it would all be over in a few weeks.

And what cheer there was, was not evenly spread. In some sectors such as hospitality and education, IT staff were having a much rougher time of things. Smaller companies were struggling too.

"It is harder to judge individual morale and team spirit without the nuances and subtleties of face-to-face meetings," said an IT leader in higher education, although another said the load had lifted since children went back at school and were no longer dependent on the internet for lessons.

However, looking forward, most saw a light at the end of the tunnel.

Fifty-six per cent said they were very confident their business would be intact and more-or-less unchanged 18 months from now, a little up on the 49 per cent answering thus in April. But the numbers who were unsure had also risen slightly, so the picture is nuanced. Most pessimistic were small and medium-sized businesses who lacked the reserves for prolonged shutdowns.

To describe 2020 as a difficult year would be a gross understatement, and inevitably there have been losses. Thirty-one per cent of our respondents reported redundancies as a result of the pandemic, while 27 per cent reported downsizing office space, 14 per cent closing premises for good. A tenth were closed for business completely during this lockdown; these included retailers, leisure centres and some third sector organisations.

On the plus side though, from an IT perspective, more reported a rise in technology budgets than the other way around, underlining once again the core importance of IT in any recovery.

So, not an easy time for most, with morale perhaps inevitably taking a hit. What were the strategies that IT leaders felt were working for them in maintaining morale and productivity once the initial enthusiasm for high intensity exercise regimes and team Zoom calls had dimmed?

Well, one leader had a nice idea: Friday drinks delivered to home workers. Others organised a weekly prize draw or quiz, or spent Friday afternoons shooting each other on Counter Strike. More genteel teams preferred tea and cake.

The importance of mental health support, once something of a box ticking exercise has come to the fore, encouraging staff to share any worries in an atmosphere of trust is vital.

Trust extends to employees use of their equipment too. Once company allows them to use their videoconferencing kit to contact friends and family.

However, leeway shouldn't be confused with a free-for-all, many said. Too little direction can also drain morale. It's all about finding the right balance, which of course takes time.

In maintaining good communications the ‘tone from the top' is extremely important at times like these, which is where daily catch-ups and clear directions via collaboration tools, including the dreaded Zoom, are really important.

It's also vital to manage the load and not let things pile up. One leader advised IT teams to document everything they do and pass it onto line managers, to avoid becoming responsible for everything.

"No point fixing the same repetitive issues over and over. Document it all and push it back," he said.

Another really important one - celebrate success - both team and individual. It's hard work being a superhero and natural modesty means that many in IT don't trumpet their achievements, but everyone needs to be recognised for their part in helping us all through these tough times.

So here we are halfway through Lockdown II. Systems are in place, people have adjusted, and most are coping although morale is not always easy to sustain. Let's just hope there are no more sequels, no part III to this interminable saga.

This piece was delivered as a keynote during Computing's Deskflix: Cyber Security II event and is based on research among 215 IT leaders by Computing Delta.

Put down the PC - Macs have a place in modern enterprise, says Setapp 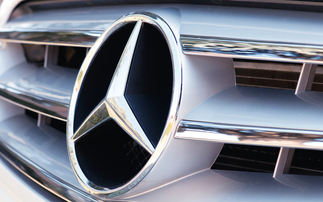 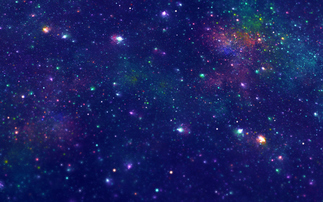 The cloud native ecosystem is vast and growing, which makes pinpointing progress a challenge 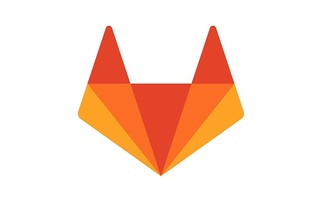 With Version 15.0 the DevOps vendor is doubling down on its 'one platform' message