In a couple of weeks' time, supermarket chain Asda will begin distributing 7,000 Dell laptops to schools across the UK for use by children whose education is being adversely affected due to a lack of suitable equipment at home.

The pandemic has widened the gap between digital haves and have-nots, with the divide felt most keenly by school children and their families. The government's efforts to address the issue have been patchy, with a pledge to provide around one million laptops abruptly cut by 80 per cent in October before being reinstated two months later, and with many schools complaining their students are unable to cope.

Indeed, Ofcom estimates that between 1.1 million and 1.8 million children and young people are digitally excluded, without access to a laptop, PC or tablet at home, and 880,000 children rely on a mobile connection for their studies, having no reliable broadband. In addition, more than one in six households in the UK find it difficult to pay their broadband bills during the current lockdown, according to Citizens Advice. As well as affecting their education, barriers to remote learning  have contributed to increased numbers turning up to school during the latest lockdown, raising the risk of coronavirus transmission.

Asda CIO Anna Barsby arrived in her role in November after a stint at Morrisons. Despite having only being in the role for a few weeks, she was asked by Asda's CEO Roger Burnley to get something off the ground.

"He came and said, I think we should do something in this space," she explained. "And I was relatively new, but as CIO it was natural it should fall to me."

Fortunately, Barsby was able to plug into the supermarket's existing initiatives with schools, such as funding grants for breakfast clubs, stationery and uniforms, and with the local network of fundraisers and volunteers called  Community Champions. And she had some handy connections of her own.

"It just felt like a natural thing to reach out to one of our partners. The reason I got in touch with Dell and then got some traction very quickly is because I'm involved in our women in technology mentoring scheme that Dell sponsor, so I know Dell quite well. I got in touch with the lady that runs our mentoring scheme, and she put me straight onto Dell's UK chief exec Dayne Turbitt. We just had a really quick chat and he said, 'Absolutely up for this'."

In just a few days the scheme was launched. Dell agreed to provide 7,000 Latitude 3190 11" two-in-one laptops. These are compatible with devices being rolled out under the government scheme, which Dell is also involved with, but they are a different model to avoid cannibalising stocks, which are still in short supply due to the national demand for home working. It's very important for everyone involved to avoid stepping on each other's toes, said Barsby.

The devices come with a headset and a one-year guarantee. Because many homes do not have reliable broadband, a dongle including 20 Gb of pre-paid data is also provided, supplied by Vodafone and funded through the Asda Foundation.

And since not every home has a tech-savvy member and school IT support is overstretched, Asda support engineers will be on hand to help with any setup issues.

"We're setting a separate helpline for them, so they can call anytime, and we'll be able to give help while they're getting set up, everything to get them up and running as quickly as we can," Barsby said.

The first batch of laptops is due to be dispatched to selected schools mid to late February, with the remaining machines following in March.

Recipient schools have been identified by Community Champions and nominated by each Asda store. Once the laptops have been delivered it will be up to the schools to pass them on them to households with the greatest need. After the initial rollout, Community Champions will check the laptops are being targeted where they are most needed. Given the pandemic-induced uncertainties, it's important to build in flexibility, said Barsby.

"Schools are best placed to decide, and if they do reopen then they can use them themselves, so they've got those laptops for longer term for loan purposes as well. It feels like it's meeting a longer term need not just the short term one."

The scheme has received positive feedback from a number of MPs and enjoys huge support within the company, Barsby said, adding that it's a testament to the power of networking.

"The key really for us is that we've managed to pull together our store community work and schools and our relationship with Dell, and also the tech team being able to do what they can. It has really strong support from my team in tech to try and make sure that our skills are being used for the community."

Managing the culture shift to a more flexible, remote workforce 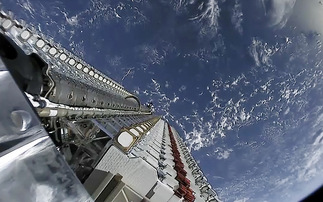 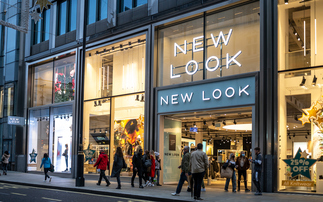 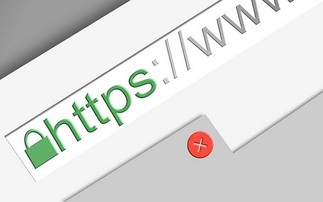 Russia to issue its own security certificates to beat sanctions