Finance is one of the core areas being migrated to the cloud. Key back-office functions such as Payroll, Accounting, Financial Planning, and Payments are among those that are already in the cloud, or are in the process of being moved off-premise.

That's according to a survey from Computing Research, which spoke to 150 senior enterprise IT decision makers, eight percent of whom are themselves in banking, finance, and insurance, and 27 percent of whom are in professional services, such as accountancy, property, and law.

With 13 percent of all respondents in industrial markets such as manufacturing, engineering, and pharmaceuticals, and the rest spread across major private sectors such as technology, telecoms, oil, gas, energy, mining, distribution, and transport, the survey can be seen as a significant vote in support of cloud migration, given those sectors' deep need for trust, reliability, and security.

Seventy-two percent of the survey base have up to 3,500 employees, 14 percent have between 3,500 and 10,000, and another 14 percent have more than 10,000 workers, so the research shows a major uptick in cloud adoption by medium-sized to larger organisations.

Finance in the cloud

Payments is the financial area that is most located in the cloud among these organisations, according to Computing Research: just over one-third of respondents (34 percent) currently host this function in the cloud, with a further 35 percent planning to move it in the near future. Just six percent of IT leaders still outsource Payments processing, while 22 percent plan to keep it on premises - revealing a clear shift away from traditional or legacy models.

Accounting is the next most popular finance-related function to move to the cloud, with one-third of respondents saying that it is already hosted off premises and another third planning the move in the near future. Just four percent of all respondents outsource Accounting, which leaves 29 percent planning to keep the function on premises.

Payroll is just behind, with 32 percent of organisations having already migrated to the cloud. However, significantly fewer respondents - 26 percent - are planning the move in future. With just 17 percent keeping the function on premises, this leaves 22 percent outsourcing it, making it the most popular area to entrust to a third-party specialist.

The more strategic function of Financial Planning sees a smaller shift to the cloud: just under 30 percent of respondents have already migrated it, with the same number planning the move in future. Unsurprisingly, the proportion of organisations outsourcing it is small - less than five percent - which leaves 30 percent planning to keep the function on premise. A significant proportion of IT leaders clearly see this as a ‘comfort zone' for the business.

The broader back office

All of these statistics show a clear majority of medium to large enterprises placing their confidence in cloud services and platforms, over and above the perceived safety (for some) of retaining on-premise solutions.

Overall, the results show a familiar split when it comes to cloud migration surveys: a third of pack leaders in the vanguard of digital transformation, a third of pack followers, and a third who are resistant to non-traditional ideas. However, the research shows that the leaders are growing as a pack, and the stragglers are diminishing.

Top of the list of reasons cited by the naysayers is security, mentioned by 42 percent of the group, followed by migration complexity (41 percent of naysayers). Compliance issues also rate highly on the list of negatives, cited by 40 percent of the pack. Also mentioned were low strategic priority (33 percent); risk aversion (30 percent); high costs (24 percent); lack of internal skills (17 percent); and the simple ‘Don't see the need' (14 percent).

In a free answer, another response was "Have invested in on-premises, and need the investment to fulfil."

Among those that have moved functions to the cloud, 43 percent acknowledged that migration complexity had been a factor, and 40 percent that legacy hardware and software had been a challenge. Security was cited by fewer respondents as a real-world problem: 38 percent of respondents.

A notable finding was that lack of internal skills - cited by 40 percent of IT leaders - had been a much bigger negative for cloud adopters than for on-premise supporters who were worried about moving to the cloud.

Enterprise HR systems in 2020 - steady as she goes 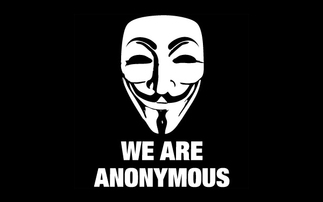 This attack is the group's first on the Russian military itself 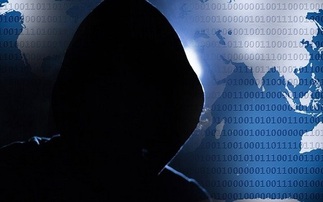