When the concept emerged in 2002, virtual desktop infrastructure (VDI) was heralded by many in enterprise technology as the future of computing, abstracting the desktop operating system away from the end user's device and hosting it in a data centre.

VDI still has an important part to play in enterprise computing today, as shown by the rise of VMware. Amongst its successes, it has enabled organisations to avoid re-platforming apps when hardware becomes obsolete, by running them in a virtualised cloud environment.

However, it has its limitations. Firstly, VDI places workloads in the most expensive computing environment we have: the external data centre. In the case of persistent VDI, where each user's data must be stored in the data centre alongside the OS and applications, data costs can quickly escalate. Secondly, VDI typically requires a constant cloud connection.

Hyper-converged infrastructure strategies have gone someway to tackle the cost hurdles of scaling VDI but they're by no means a cure-all. Meanwhile, server-based solutions, such as Citrix and Microsoft Terminal Services are also remote approaches, thereby carrying the same connectivity and cost limitations.

Thinking inside the box

Therefore, what some labelled as the "death of PC" has failed to materialise. In fact, the humble PC remains a cost-effective and flexible stalwart of enterprise computing. This has left room for a new approach to virtualisation - containerisation. Popularised by the likes of Docker and Kubernetes, containerisation has been critical to the way many companies have come to develop and deploy applications.

Containerisation is a largely server or cloud-side technology, too. However, this approach is now finding form on the desktop, with the container hosted on the endpoint itself. Semi-connected containerisation (running either online or offline) promises to overcome VDI's connectivity conundrum.

VDI proponents, such as VMware, have been key to allowing organisations to avoid re-platforming apps when hardware becomes obsolete, by abstracting it to a virtualised cloud environment, but in certain use cases this isn't practical. Sometimes it's not possible to run an application online, due to connectivity or security reasons. In such instances the need to be always online becomes a fundamental flaw.

The apps that are critical to your organisation may not even be supported in the VDI environments you're looking to use. For example, you can't virtualise XP in VMware Horizon or Citrix environments.

Turning this on it's head, semi-connected containerisation from Droplet Computing looks to help overcome software-obsolescence and connectivity dependency by running a container in a browser-based environment.

The start-up has adopted a Chromium-based web-browser, which they control to avoid issues with Google's constant Chrome updates. The end-user never sees this hidden web-browser but the container uses the sandboxed browser and WebAssembly to enable a secure, lightweight desktop container that doesn't require a constant connection.

The container runs a stripped-out OS, of just 1GB, which is essentially treated as an app within the host OS. Currently supporting Windows, macOS and Linux, apps can be installed within the container without fear of security threats getting through the container: the Droplet Computing container recently passed the NCC Group's penetration testing.

Droplet Computing founder Peter von Oven, a VMware veteran, created the company in response to a past client becoming unstuck due to a connectivity dependency.

The potential 30,000 seat Chromebook roll-out project was shelved after one of the customer's key stakeholders couldn't get on to one of the business's core apps using VDI. So, they had to revert to deploying expensive Windows laptops.

A working prototype on a Chromebook, running Windows apps offline, served as the proof-of-concept. Now out of stealth mode, having launched last April at Tech Field day in Silicon Valley, Droplet Computing is developing its container technology and staking a claim on what looks set to become a significant market.

Desktop-based containerisation represents an OS-agnostic, secure alternative to VDI - particularly when it comes to delivering legacy applications (which will be explored in a later article). The technology is well placed to overcome the caveats attached to VDI's claims to, "any app, any device".

Legal challenge launched against police use of facial recognition technology 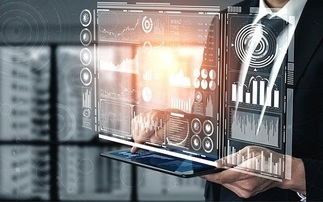 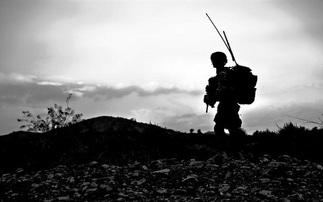 The UK Army's Capita-run Defence Recruitment System (DRS) continues to experience technical troubles more than a month after it was shut down as a precautionary measure, when data relating to more than 100 candidates was discovered for sale on the dark...