The Switch that doesn't switch

But it's the called the Nintendo Switch, though. It's meant to switch?

Sure. But it comes to you from the same company who released a version of the 3DS that doesn't do 3D. Nintendo does whatever it wants, follows its own logic and - usually (but not always) - comes up with the goods.

The Nintendo Switch Lite is a handheld system.

Happy travels
When the Nintendo Switch was first announced nearly three years ago, there were those of us who struggled to see it being all things to all people, as Nintendo wanted it to be. Home console, handheld, multiplayer travel console to prop on a table. It's done far, far better in this regard than some had predicted, but with so many use cases thrown into one versatile device, it's fair enough Nintendo would embrace the less-is-more potential of doing something a bit more old fashioned. Especially for a company so historically linked with creating world-leading handheld consoles.

The result, nonetheless, is still a genuine surprise. While the 2DS was a bit Tonka-ish and clearly aimed at children with its chunky wedge shape, bold primary coloured shell and cheap plastic feel, the Switch Lite - despite coming in at £80 cheaper than an OG Switch at just £199 -  really feels like little expense has been spared.

It's considerably smaller than the Switch, feels extremely solid to the touch and comes in charming sherbet pastel colours. We chose the yellow one, for a bit of that olde worlde Gameboy Color feel. The screen is just 5.5in, as opposed to the Switch's 6.25iin, but even this just serves to make the native 720p output feel sharper and more refined.

It's got a smaller capacity battery than the main Switch, but due to using the same upgraded Nvidia Tegra that's appearing in newer Switches, it actually runs for longer. Nintendo is promising three-to-seven hours, and we can confirm we got approximately four and a half hours out of Super Mario Odyssey - with brightness at three-quarters level and aeroplane mode on. That's really pretty excellent mileage.

In terms of the Switch Lite's usability, we have small hands. Not Trump small, by any stretch, but below average for a human AMAB. As a result, the original Switch felt too big. Too wide, too bulky, weird centre of balance, and n to mention the rickety quality to the detachable Joy-Cons, sitting on their clunky rails and risking de-syncing at any moment. At times, it felt like wandering around with a digital Ker-plunk tower, all ready to collapse, the sticks too far apart for a coordinated effort in an FPS, and no d-pad for tucking into NES and SNES games.

That's all fixed, and more besides. The face buttons have just a little more 'give' - squashier, in a robust sort of way. The small d-pad feels a bit like the 3DS, or the GameCube before that. It's lovely. The still- flat and quite rectangular machine is just that tiny bit more ergonomic, and because it's smaller it's just much easier to curl your fingers around.

Just a quick note before we carry on, mind, as it's been causing a lot of upset on teardown videos and Reddit generally - it's been revealed that the Switch Lite seems to have exactly the same analogue sticks as the original unit, bolted on as separate boards inside the unit. This means the longtime 'stick drift' issue, essentially caused by graphite wearing away where the sticks touch the board inside, may still be a clear and present danger in the weeks or months to come as the Switch Lite starts to sustain use and abuse.

Right, that should stop us being shouted at. On we go.

"But it doesn't do all the things"
You're right, it sure doesn't. While you can still Bluetooth Joy-Cons to it for multiplayer Mario Kart (you can fashion your own kickstand out of a folded beermat, or a charming piece of driftwood, perhaps), there is no TV out on this thing, so forget it. The hardware simply isn't there, so don't think about firmware updates or hacks. There's also no rumble functionality, which saw us finding a particular hidden Moon in Mario Odyssey by sheer guesswork.

Still, it really does only come down to those fringe cases of a handful of games - 1-2-Switch, basically - specifically designed for you and your hipster friends to play together on your apartment rooftop. Because we've all done that, obviously.

Instead, the way to approach the Nintendo Switch Lite is - and we promise this is the last time we'll hammer this home - as a handheld system.

Imagine if someone told you when you were playing Super Mario 64 in your lounge that, one day, decades later, you could play a game of an infinitely larger scope and scale on the bus? Or Doom on the train? Or Dark Souls on the beach? What the Switch Lite is brilliant at is highlighting what a brilliant age of gaming technology we now live in. You can store up all those experiences you don't quite get around to at home, and take them all with you. And in a comparably more compact, light and holdable format than the original Switch, which now feels more than ever like a home console in a portable 'mode' than this de facto new Nintendo handheld.

Welcome to the next level
That's a bit of a mind flip - and a bit of a waste of game development talent, perhaps - if you considered the Switch Lite's dinky screen as being the only way you could ever experience an epic like The Legend of Zelda: Breath of the Wild, but then looking at the Switch Lite as either a second travel Switch (it's relatively easy to reassign cloud saves between machines) or as something leaning more to enjoying less majestic titles like Stardew Valley (which is essential on the format, by the way), Undertale or Untitled Goose Game, you can't go wrong.

The important thing to remember is that the Nintendo Switch Lite does exactly what you'' expect - games exclusively on the move. Just the one job, but it nails the brief absolutely perfectly. If you look at it that way, and want a Nintendo successor to the 3DS, you'll have a whale of a time.

If you want something that does all the things the Switch was built to do, there's nothing much for you here, so don't say we didn't warn you.

In short
It's a masterful reinterpretation of the Switch in dedicated handheld form. Simple as that.

The bad
The battery life is still quite short, rumble features are missing and there are a few games you can't play. 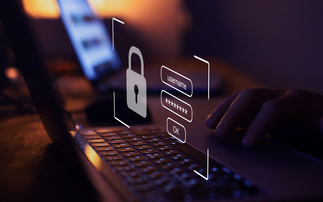