We pit the two best camera-wielding smartphones head to head

THESE DAYS, phone users want their devices to boast epic cameras, and the Huawei Mate 20 Pro and Google Pixel 3 XL are by far the most impressive the market has to offer right now.

But which handset has the edge? And what about battery life, screen, design and performance? If we were to compare all the features that make a great smartphone between these two handsets, which one would win?

Well, that's exactly what we're about to find out. We've pitted the Mate 20 Pro and Pixel 3 XL in a battle of the behemoths to see which comes out on top.

Design
If you're looking for something new and fresh, the Pixel 3 XL doesn't really cut it in terms of design; it's pretty much the same as the Pixel 2 XL, but this time it offers a more rounded chassis and a smooth glass back rather than a textured metal rear.

Still, this has a lovely silky feel and makes the handset nicer to hold, if a tad more slippery, than its older sibling. The glass also equips the Pixel 3 XL with support for wireless charging, which can be done using the Pixel Stand that also turns the phone into a pseudo smart speaker with the Google Assistant listening out for commands.

The Mate 20 Pro sees Huawei embracing a curved glass unibody, something a little different from your bog-standard smartphone design, and the screen creates an illusion of virtually no bezel. As with the Pixel 3 XL, there's a notch for the front-facing camera, whether you're a fan of them or not. In terms of looks, the Mate 20 Pro's twilight glass back is super fancy and gives it a much more premium look.

And like the Pixel 3 XL, the Mate 20 Pro is slippy in the hand due to the smooth texture of its chassis. However, it's IP67 rated, meaning it can be dropped into a body of water up to a meter deep for half an hour, whereas the pixel is IPX8 rated, which means it can stand continuous immersion in depths over one metre, but it's not dust-tight like the Mate.

Display
Google has equipped the Pixel 3 XL with a 6.3in screen, a tad larger than the Pixel 2 XL's 6in display. To do this it has had to opt for a screen notch. As we already mentioned, the Mate 20 Pro boasts a small notch where the front-facing camera sits, but on the Pixel 3 XL it's a slightly chunkier affair that looks kinda ugly, somehow. The extra 0.3in of screen space doesn't allow you to see more, either, eating into the side of videos when they're made to fill the entire display. You can hide it by having a virtual bezel put in place but then you'd be wasting the extra screen space it provides.

Google has opted for a straightforward AMOLED display. Sporting an 18:9 aspect ratio, the Pixel 3 XL rocks a resolution of 1440x2960. Everything you'll ogle on the display will look sharp and clear, with accurate colours, decent contrast and solid brightness.

The Mate 20 Pro's display is simply beautiful, capable of a resolution up to WQHD+, that's 3120x1440 pixels to be exact, which is much bigger than the Pixel 3 XL. The 6.39in curved OLED boasts a super wide angle screen aspect ratio of 19.5:9, much wider than that of the Pixel, too.

The only annoying thing here - and it's really annoying - is that the curved screen at the edges can warp the display at the sides, making it seem smaller. We definitely prefer the wider ratio of the Pixel 3 XL, and the bigger resolution on the Mate is unnoticeable if you put the smartphones side by side

Performance
Like most other Android flagships, the Pixel 3 XL comes with Qualcomm's Snapdragon 845, which we'd have to admit, is due a refresh. Nevertheless, it's still the top chip in Qualcomm's repertoire.

This is paired with 4GB of RAM, which is fine albeit somewhat behind the curve when it comes to other flagships, especially the Mate 20 Pro, which touts 6GB of RAM. Nevertheless, everything loads fast with the Pixel 3 XL and even with a slew of apps open there's no hint of slowdown. But then we'd expect nothing less of Google given how slick previous Pixels have been.

Huawei's latest beast doesn't opt for a Qualcomm offering and instead boasts the firm's own chip, the Kirin 980, which was revealed at IFA earlier this year. It's the beating heart of the Mate 20 Pro and makes everything feel much faster. As well as huge speed boosts and the GPU-Boost patch offered to Huawei phones this year, the 980 also boasts two NPU - neural processing units. In other words, the AI has two brains. This means that it can preempt you, at least a little, in terms of which apps to put near the top, which is a nice to have.

However, both phones perform effortlessly, despite the Mate winner on specs, so it'd be hard to choose a winner here.

Software
What the Pixel 3 XL does showcase well is how neatly all of Google's services and apps integrate, thanks to its bare Android UI. Getting stuff done in Gmail and attaching files from Drive, for example, is super easy, while backing up pics to the Photos app with all its intelligent tagging and management tools is likely to remain much appreciated by snap-happy folks.

Huawei's Mate 20 Pro comes with EMUI 9.0, the company's fork of Android 9.0 Pie. While it's a quite heavily skinned version of the mobile OS, the whole thing zips along with buttery smooth scrolling and without a hint of lag. The responsiveness to tasks like opening apps is strikingly better than the firm's older handsets.

However, nothing quite beats the simplicity of Google's own, unskinned version of Android.

Camera
Now it's time to compare one of the most important aspects that people look for these days when buying a new smartphone: the camera.

The camera on the Pixel 2 was one of the best smartphone snappers around, despite the use of a single lens. Surprisingly, the Pixel 3 XL sticks with the single rear camera setup, unlike almost every other flagship phone and in terms of hardware. Te camera is pretty much unchanged from its predecessor, too, boasting a 12.2MP sensor and a lens offering an aperture of f/1.8.

Optical image stabilisation is present and correct but there's no telephoto lens for analogue zooming. So on paper, the camera prompts a shrug. However, Google's strength here is only partly in its hardware - the real photo wizardry comes with the smarts it applies it photography.

Using the custom Visual Core image signal processor chip in conjunction with the search giant's artificial intelligence (AI) smarts, the camera snaps multiple pics at a tap of the shutter button, analyses them and sticks together the best picture the camera can conjure up.

Despite this arguably synthetic process, the results are fantastic. There's plenty of detail, accurate colours and contrast. However, the difference between photos snapped on the Pixel 3 XL and those on the Pixel 2 handsets isn't very obvious, which leads us to think Google hasn't progressed the tech that much in the past year. Either that, or the snapper on the XL 2 was just so much ahead of the curve already. Without a doubt, the Pixel 3 XL has an amazing camera and one of the best overall mobile snappers around.

The first thing you'll notice on the Mate 20 Pro is that the camera arrangement on the back replaces the vertical line of lenses as seen on previous flagship devices, with a 2x2 arrangement right in the middle. It's perhaps a little in-your-face, but it makes a statement, that's for sure. This arrangement boasts what Huawei is calling "the world's first Ultra Wide Angle Leica triple camera". That's a rear set up of a 40MP, 20MP, and an 8MP snapper.

The monochrome lens from the P20 has been replaced by a wide-angle offering, which alongside the 40MP Leica array, has won the Mate 20 Pro a lot of fans.

The AI in the camera mode is fantastic and super clever, detecting the environment you are in as soon as you hold up the phone to your subject, and adjusting the settings appropriately. On the Mate 20 Pro, it does seem to have been tightened up, too, and it feels like Huawei's AI camera abilities are getting stronger with every release.

Results are, therefore, nothing short of epic. However, sometimes we do feel like it tries a little *too* hard at times, with images looking a little too busy or over-saturated.

However, when it comes to the best phones from Google and Huawei, what separates their photography chops will mostly come down to a matter of preference, as each of the phones' cameras are phenomenal in their own right. We hate doing it, but we're going to have to call this one a draw.

Battery life
Another feature that people really look out for when buying a new handset is battery life. The Pixel 3 XL boasts a 3,430mAh battery, which we found didn't really yield much more than a day's worth of medium use. Fondle the phone a fair bit with the display brightness cranked and you'll need to charge the battery come the evening time. So battery life isn't bad but it's not class-leading by any measure.

The battery on the Mate 20 Pro, however, which is already bolstered by the efficiencies of the Kirin 980, clocks in at a whopping 4,200mAh. During use, we found the handset would easily last a full day and into the next, and can imagine it would even be the case for those of us who live with devices glued to our faces.

Storage
The Pixel 3 XL offers users a non-expandable storage option of either 64GB or 128GB, both of which are perfectly fine unless you go mad on apps and massive files. Then there's Google's Cloud, which is so well integrated into Android that storage isn't really a problem.

The Mate 20 Pro also boasts 128GB of internal storage, but this time, unlike the P20 Pro, the latest Mate sees the reintroduction of support for external memory cards. However, instead of microSD cards, Huawei has gone for a proprietary solution - the NM card, smaller than a microSD, which we've never heard of before. Nevertheless, this will take the 128GB storage up further to 256GB, double that of the Pixel 3 XL.

Verdict
If you round up the scores, you'll find both the Mate 20 Pro and the Pixel 3 XL win three rounds each, and tie on two other rounds, meaning the end result is a draw. With a result like this, we'd have to recommend thinking about what it is you're looking for in a smartphone before making a purchase.

If storage and battery life are most important to you, then go with Huawei's flagship, but if it's price and display, go with Google's. Either way, both phones offer some super impressive features and you won't be disappointed whichever you opt for. µ 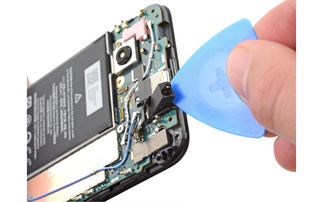 Google to enable DIY repair for Pixel smartphones with iFixit 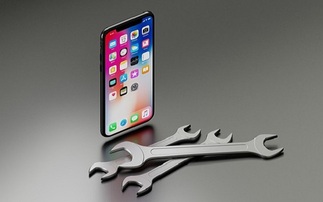 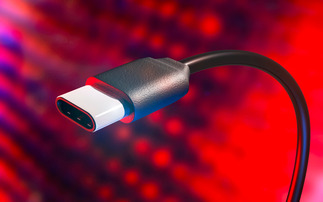 Move will reduce waste and save consumers money says EU; it will stifle choice and innovation says Apple