Screen if you want to go faster

SOME ATTEMPTS TO DO MORE with laptops often end up languishing on the cutting room floor as concept devices that never quite make it into the real world.

But Asus does things a little differently, as it tends to actually make and then sell its slightly oddball devices, And we got our hands on one such machine; the dual-screen ZenBook Pro Duo.

Aimed at professional creators, hence the 'Pro' bit of its moniker, this ZenBook on steroids is an interesting device that we need a bit of time to get our head around. Onwards, curious reader.

Design
The Zenbook Pro Duo looks a bit like the love child of a standard 15in ZenBook and Asus' ROG Zephyrus gaming laptop. It has a similar keyboard and initial aesthetic to the former but has the odd keyboard placement of the latter.

But whereas the Zephyrus has its keyboard moved down to the bottom edge of lower chassis for cooling purposes, the ZenBook Pro Duo has a secondary display; more on that later.

As such, cooling for the machine is provided by chunky vents on its side to suck in cool air. This means that despite the laptop's 359 x 246 x 24mm dimensions, it has a slightly lacklustre port selection.

A pair of USB 3.1 Type-A ports offer everyday connectivity, while a Thunderbolt 3 USB-C port is on hand for hooking up to swish peripherals such as a couple of 4K monitors or a high-speed storage array.

We'd have liked to have seen an SD card reader as that would make sense in a creator-led machine.

An HDMI 2.0 port offers other display connectivity, while a 3.5mm combo jack is present and correct for audio.

Speaking of which, the stereo audio system - which is Harman Kardon certified - sounds reasonably good but are hardly a high watermark in the laptop sonics world.

Going back to the keyboard placement, it's a little odd to use and not something you can use on your lap.

It also means the touchpad is pushed to the right and occupies a space where a number pad would normally sit.

As the touchpad can be turned into a virtual number pad, that latter loss is no big deal.

But the rather cramped touchpad is a bit tricky to use and get used to; it works but you're hardly going to be zipping your cursor across both displays at a frantic pace.

But then Asus likely expects folks to use this machine with an external mouse, as it's only really a laptop by name; you don't want a chunky machine like this venting heat on your legs for too long.

The ZenBook Pro Duo's lid has a bit of a lip on its bottom which helps raise the laptop's back off the ground to not only help with heat dissipation but also elevate the keyboard at a more comfortable typing angle.

While the keyboard itself is pretty decent with a good 1.4mm of travel and just enough feedback to enable some rapid touch typing - it's nowhere near Surface Laptop 3 good - it's bloody difficult to use comfortably without using the bundled palm rest.

With the palm rest, the keyboard is much nicer to use, but then you'll need to carry it with you, which all adds on top the ZenBook Pro Duo's 2.5kg weight.

You'll need a sturdy bag to carry it around with its charger and palm rest, let alone any other peripherals.

It might be a tad angular in areas for some aesthetic tastes, but then this feels more like a machine that puts function first not form.

Display
As mentioned, and given away in the ‘Duo' part of the machine's name, this laptop sports two displays. The first is 15.6in 16:9 4K OLED display, while the second is a 14in 32:9 4K LCD; both are touchscreens.

Let's start with the main screen because it's a blinder. Everything is expectedly sharp thanks to the 4K resolution but then that's to be expected. But it's the OLED panel, not the resolution that steals the show.

It provides sumptuous amounts of contrast with colours that really do pop when compared to some of the best LCD displays we've seen on say the Dell XPS laptops and the Surface Laptop 3 15. Colours are balanced as well, meaning this is a device that one could use for professional photo editing and colour grading in videos.

But it also has you covered when it comes to pleasure after work, as the OLED panel supports HDR meaning ogling compatible content on the screen is a joy, with the wider dynamic range helping pick out details that might be lost on a lesser LCD panel. Games also look pretty good on the screen as well, fitting the 16:9 aspect ratio well.

The only real issue is how reflective the OLED panel is, with it shining back any bright overhead lights with gusto. We're no strangers to this when it comes to glossy displays, so it's not a major issue.

Things continue to impress when it comes to the secondary screen.

It's not as bright and vibrant, but it still does a good job of showing off content, whether that's a Slack window or even a video you glance at while bashing out a missive on the main display.

It's got a matte finish and a textured feel, seemingly designed for heavier touch inputs than the main screen. Given you can use it as a form of virtual notepad with a stylus this makes sense; our art skills are zero so we made do with scrawling hello with our best finger.

Asus has it set up in a fashion so that you can have three windows in the display panel side by side, meaning it makes an excellent tool for keeping an eye on multiple feeds, such as Twitter, instant messages and emails.

It can also be used as an extension to the main display, which is neat but a little clunky to use in practice. We much preferred to use it as a secondary screen. And we suspect people who fork out for the ZenBook Pro Duo will do the same.

We're not really 'content creators' in the way tech firms like to bleat on about, but we imagine the secondary display could be used as a means to pop the timeline of an Adobe Premiere Pro video editing workload on, to free up screen space on the main display for the video windows in the software.

Or we could imagine tech-savvy musicians using the bottom display as a screen for effect and equaliser controls while the main display keeps audio feed and recordings in full view.

Again, we mostly used it as a screen for secondary apps, but more creative types could get a lot more mileage out of it.

We had initially thought the dual-screen setup would feel a little gimmicky, but in use, it works very well. Is it a must-have? Absolutely not. Is it nice to have? Absolutely.

Performance, storage and battery life
When it comes to power, our ZenBook Pro Duo review unit had plenty of grunt. The star of the show is the Intel Core i9-9980HK, a high-end mobile CPU with eight cores and 16 threads, running from a clock speed of 2.4GHz up to 5GHz.

The CPU is matched with a hefty 32GB of 2,666MHz RAM. And for graphics acceleration, it has an Nvidia GeForce RTX 2060 with 6GB of GDDR6 video memory.

While it can be specced with a Core i7-9750H and as little as 8GB of RAM, the spec we had, which weighs in at £3,000, seemed fitting for a hefty dual-screen machine.

All this power means the ZenBook Pro Duo will chew through most things one can throw at it on a daily basis. But its power is designed for creative work, video rendering, and heavy-duty CAD work.

We then threw Cinebench R15 into the mix and it got through that pretty easily scoring 1,593 in the CPU test and achieving a frame rate of 123.30 in the GPU test.

It's not going to have quite the same power as a desktop-grade workstation, but for a mobile machine under 17 inches, it's a powerhouse.

Ideally, we'd have liked to see a more powerful graphics card option, perhaps an RTX 2070 or RTX 2080, as while the ZenBook Pro Duo handles games with ease at 1080p and 1440p resolutions, it runs out of puff when it comes to running the latest games at the native 4K resolution with the settings cranked up.

But this is a creator laptop first, so gamers will be better served elsewhere, though being able to game a little in between bouts of work is no bad thing.

Storage comes in PCIe SSD format and goes from 256GB to 1TB; our model had the latter and we feel if you're handling a lot large video files and RAW photos for editing, then the more storage the better. You do get WiFi 6 compatibility, so if you need to move things to and from cloud storage you do have the option of a speedier wireless connectivity standard if you're network supports it.

Battery life isn't much cop really, but then the ZenBook Pro Duo isn't designed to be used away from a power source for long. You're only really likely to get three hours away from a socket, but then that's the price one pays for such a powerful machine with dual screens.

In short
Spending £3,000 on a laptop might seem crazy, but you do get a lot for the money with the ZenBook Pro Duo.

Even without the secondary screen, you still get an OLED display, Core i9 and a powerful GPU; try getting something similar in a MacBook Pro 16 for under three grand.

Adding the second screen into the mix then makes the ZenBook Pro Duo better value for money. However, you need to have a good use for such a machine to justify the outlay.

This raises the question as to who the ZenBook Pro Duo is for.

Yes, it's targeted at creatives but most would likely make do with a MacBook Pro or Dell XPS 15 for work on the go then have a dedicated and more powerful desktop workstation for demanding tasks. Such a setup would render the ZenBook Pro Duo a tad moot.

We see it more as a compact and mobile desktop replacement for creative folks that do a lot of work at different locations and don't have space for a dedicated desktop at home yet still need a powerful spec and plenty of screen space.

For everyone else, the ZenBook Pro Duo is likely to be more of an indulgence than a necessary tool.

However, what the ZenBook Pro Duo offers is more a glimpse at the future of computing and where laptops might go. Other companies have been flirting with dual-screen machines, and devices like the Surface Neo look rather compelling.

Sure, the Zenbook Pro Duo might not be the most compelling of dual-screen machines, but it shows there's still innovation to be had in the PC world, and for that, we salute it.

The ugly
Difficult keyboard placement and we're not sure who needs such a machine.

More on Mergers and Acquisitions 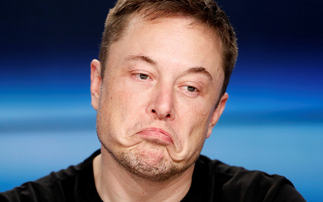 Musk wants to investigate whether the number of bots on the platform is as low as the company claims - or is he looking for a way out? 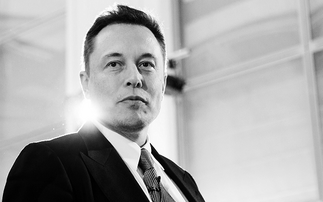 As vague details of his plans for Twitter emerge, MPs invite Musk to Parliament to enlighten them 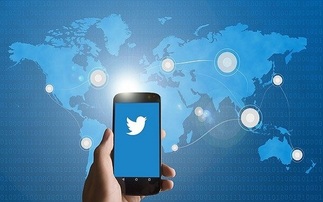 Elon Musk's Twitter acquisition is approved - what does it mean?

Twitter's board has agreed to Elon Musk's proposal to buy the company for $44 billion.