10 things women in tech are sick of hearing

If we had a penny for each of these, there'd be no gender pay gap, writes Holly Brockwell

When you're at the checkout and something doesn't scan properly, it's tempting to say "It must be free!" and have a good old chuckle, right? Well, if you've ever worked in a shop yourself, you'll know exactly how many times a sales assistant hears that joke: it's roughly equivalent to the number of times she's envisioned throwing a tomato at the customer's face.

For women in tech, there's a similar phenomenon, only less harmless and more insidious. In our case, we get the same damn pointed comments again and again: ones that undermine our expertise, suggest we don't deserve our jobs, and generally drive us up the wall.

We asked the women in tech of Twitter to tell us the phrases they'd gladly never hear again, and it was like a group therapy session of eye-rolls and solidarity. Here are some of the top contenders.

You're so knowledgeable... For a woman

"(insert any compliment) for a woman."
"You're being emotional."

This one came up a lot. Don't think we don't know what you mean when you ask for "someone else," Sexist McGee. We see you.

"Is there someone more qualified to review my problem?" = "Can a man diagnose my issue?"

"Yeah, I hear what you're saying, but can you call Dan over here? I'd like to ask him" (verbatim) In conclusion, Dan came over and knew less about the problem than I did, and berated the guy for not listening to me. Be like Dan.

"Although the RFP was sent to you and you made the pitch deck we think they'd respond better to an all male team- can you show them how to present this?"

"Thanks for your opinion. I'll go ask < some guy> for theirs." when they never come ask me for an opinion after some guy makes a statement.

"Smile more," in any context. I smile when helping people, but reading reports? Nah.

"Lets talk more when you've calmed down." I am calm.

"Can you put one of the guys on the phone? You know the guys who have been there for 20 years who will know." My boss gave him the exact same answer. This happened alot.

Again, often dressed up in sneakier words, but we know exactly what you're saying, and we don't hear you saying it to the men in the office.

"can you show me where in the documentation it says that" then go ask male the same question and accept it without argument.

I work in government relations and am regularly asked "How are you measured?" which is so patronizing

Not a specific phrase, but when my boss makes me extensively prove every technical/math-sounding statement to him on the board, but a dude only has to waltz in and say the same thing and he's like OF COURSE IT'S TRUE!

Legally, you can't ask us about our family plans in interviews. But that doesn't stop certain humans making comments their own mothers would be ashamed of.

"What if you decide you want kids someday..."

I've honestly worked with someone who said they'd like to sterilise all the women in the office so nobody would go on maternity leave.

Whether it's lamenting that you can't make that off-colour joke because there's a woman in the room or making it anyway and eyeballing us for our response, all of this can get in the bin of eternal hellfire.

The worst thing I constantly heard when working in a tech startup (as the only woman on the team) was the constant "don't say [sexist or graphic sexual thing] while Heather's in the office."

How about if you just weren't a garbage human who even thought that stuff? https://t.co/KsPy89yZij

But the worst was when people made sexist jokes & every person, all of them male, would as one entity turn to stare at me, waiting to see my reaction. Since I'd been told, "don't be sensitive, don't over-react, it's just a joke," I would sit there stone-faced.

Oh, well I guess we'll just go back to online shopping then. Rather than, you know, our technical goddamn jobs.

"Sorry ladies, this is going to get a bit techie"

"What a stupid idea that is!" - then get my idea stolen from me
"Don't be silly!"
"You're not technical enough..." < - main one that pisses me off
"This is how we've always done it"
"Aren't you the clever one" (actually implying I'm stupid)! 🤬🤬

Friends, I'm the ONLY ML/DL person in my lab. That's not "sort of" computational.

Funny how that dude who always loses his rag in meetings never gets this one. Anger is an emotion too, you know.

Being called brusque and disrespectful because I didn't immediately agree with the boss or a coworker. Having my ideas shot down and then suggested by a man weeks later. When I point out that it was my idea, they look at me blankly 😐

@femedtech I'm sure you've got a few to add!

Mine is not a phrase but:
*presents concerning info with evidence*
"You're being negative"
Less qualified man with no evidence: "I don't like this bros"
"Oh wow Jason, thanks, what can we do to fix this".

"You're being difficult" when I present an opposing position. Or "What does x,y,z think?" And those are the men

There are many gender-neutral ways to address a group. These examples are not among them.

"Alright guys... {glances around room and spies me} oh and ladies...." Makes me feel like such an afterthought. Just pick a gender neutral collective!! Y'all, folks, team. C'mon, it's not hard!

"Lady and gentlemen" (Thanks for reminding me that I am once again the only woman in the room.)
"Oh, you wouldn't say you are a mathematician!" (Surprise! It's not that people in dresses are only allowed to work as support staf...)

When I was still an engineer I heard a lot of:

"You're not like OTHER Lady Engineers, are you?" (how many, exactly, have you even met dude??)

Ask us to fetch lunch at your peril.

Can you order lunch for this meeting (that I am in)? Can you organize the team outing? You're just so good at it!

And then when I call them out for only asking women to organize the work social events, they would say (chuckling): "But can you imagine (male colleague) doing it? He would be terrible!" Me: "Yes."

Hi I just wanted to say that I came to this thread to say the same thing. I got a compliment that I was so good at doing demos for the client. Which like, yeah I'm good at them but it's from the experience of always doing them which, hmm, no one else seems to have. 🤔🤔🤔

Dude Exec: "Can you email everyone on the executive team a weekly round up of what happened in tech news"
Me [ON THE EXECUTIVE TEAM]: "isn't that the kind of thing an app can do, if not an intern?"
Dude Exec: "But you should have time and besides you'll be better at it!"

This is the big one.

The women in tech of Twitter have been called every job title under the sun, except of course anything in the technical realm. How we haven't banded together and set the world on fire yet is anyone's guess.

"Oh you're a designer! Fashion?"

¿Are you from sales? Everytime. https://t.co/fymXzVdJsj

"you don't look like you'd be in infosec"
"i'm assuming you're the token sales girl"
and my favorite
"did you sleep your way into your role?"

"Are you a real developer? Or do you just help the team out with business meetings?"

"Have you considered a move to HR?" in every yearly appraisal EVER

You didn't try very hard then, did you?

"I couldn't find any women for this panel"

If you're as tired as we are of conferences with nothing but manels (yep, the male-and-pale conference panel has a portmanteau now), grab a ticket to the Women In Tech Festival UK 2019. It's going to have about the same gender balance as most tech events, but in the other direction.

How Leeds Building Society plans to achieve diversity in tech 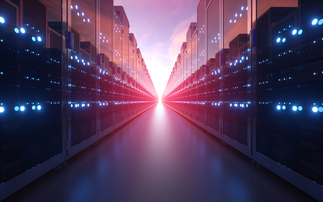 Data centres blamed for London's electricity crisis, but the problem is a bigger one

Developers in three West London boroughs are being told of limits to new building because the grid is full to capacity. This is likely to be the first of many such announcements. 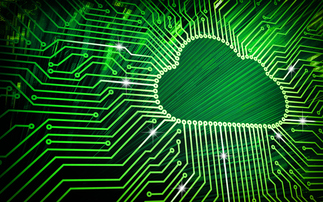 In the second part of our series, we compare the green merits of Microsoft Azure and Google Cloud Platform.