CES is right: women's pleasure belongs on the show floor

The CTA has revised its rules for sextech at CES, and it's an all-round good decision, argues Holly Brockwell

For years, women in tech have been trying to make tradeshows less sexual, so that they can get a break from being hit on every five minutes and stop seeing booth babes on every other stand. So it might seem counterintuitive for me to argue that sex toys should absolutely be on the show floor at CES, the world's biggest tech expo.

It goes without saying that the rules should be consistent. Either everyone gets to have sextech at the show, or no one does. Perhaps, given the general desire to stop sexualising women in tech, the smart move would be to ban it entirely - but I think that would do more harm than good.

Let's face it: every single one of us is the result of an orgasm. That fact might not be especially comfortable for certain portions of society, but it's still true. Sexuality is a huge part of who we are as humans - it's quite literally the reason we exist - and the tech industry needs to stop being so squeamish about it, especially when it's happy to be seedy when it suits.

I'm not saying we should turn CES into a sex show. But when there are companies showing gadgets that track heart rate, exercise and mental health, why shouldn't sexual pleasure be shown alongside? It intersects with all three of those things, and as Lora DiCarlo's product proved after its rescinded award was sheepishly given back, it's a sector absolutely ripe for innovation.

Because I couldn't raise $2million to fund @makelovenotporn due to prudery, I'm now raising $200million to start the world's first and only #sextech fund to invest in female sextech founders and make sextech the next trillion dollar category in tech: https://t.co/oW9DBHDCQk

This is clearly bananas, because everyone knows the role pornography played in the success of the internet and smartphones, whether they admit it or not (is it a coincidence that phones got smaller and smaller until we realised they could be used for internet browsing?), so it's a sector that seems almost guaranteed to make some serious cash.

Marketing-wise, exhibiting at a huge show like CES helps a lot. Investors attend, and so do journalists, influencers, even consumers. It gets the word out, and as we've recently seen, one positive sex toy review can sell out a product almost instantly.

In hindsight, the best thing CES ever did for sextech was rescinding Lora DiCarlo's award. Now everyone knows about the company, its product, and CES's stance on sextech - which has been thoughtfully revised as a result. Now, not only will sextech products be allowed, but overtly sexual outfits (read: booth babes) will be penalised, and the no-porn ban will finally be strictly and consistently enforced.

That seems like the best possible compromise. Women's pleasure is as valid as men's, and like the people themselves, both have a place in tech. 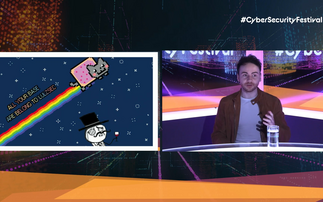