5 more things women in tech want to see at events

Going to a bustling conference can be a sensory nightmare for introverts, people with autism, and anyone who can't stand hearing "network" used as a verb.

It really, really helps if events have quiet chill-out zones, or lower-energy spaces where people can rest, catch up and recharge (both literally and metaphorically - the USB chargers in the Female Quotient lounge at the Cannes Lions festival were much appreciated).

Wherever possible, it's good to encourage attendees to do some self-care - something we've already argued is especially vital for women in tech.

Edtech user experience expert Fiona MacNeill wants to see "A quiet space. This is so oft overlooked but all of my fave conferences have had them. Sometimes including things to try out, e.g. colouring, jigsaw puzzles, Lego, even a boxing speed ball or punch bag. Defragmentation zone!"

The Women in Tech Festival UK will have a Mindfulness Zone with guided sessions to help attendees relax, a Nutrition Zone for learning how best to nourish your body, a Yoga Zone for easing those overworked muscles, and a Zen Den for just... sitting quietly.

While we're on the topic of seating, a little advice: for the love of everything, put your panellists on "normal chairs, not those high ones that let everyone see up your skirt." We shouldn't even have to say it, and yet here we are, dangling our legs like schoolchildren and trying to keep our knees closed while three betrousered white guys manspread for England beside us.

First of all, let's stop basing tech events around alcohol. Not only is it crappy for people who don't drink, it also encourages all kinds of problematic behaviour, as we'll discuss in more detail in an upcoming article.

But there's also the issue of inclusivity for vegan and vegetarian diets, halal, kosher, and allergies - especially when the event is at a venue that does its own catering. The organisers often throw their hands up and say it's up to the venue - but if someone's paid for a ticket to your event, it's your responsibility.

Fiona MacNeill says she'd really like to see "better awareness of food arrangements," adding "I don't eat pork, and at recent events I've gone to, the pork sandwich is touching a veggie sandwich and I can't then eat the veggie sandwich." End result? Hungry attendee and a wasted sandwich. Not good.

We're not saying you have to bus in a buffet of every type of cuisine in the world, but if you're hosting an event and there's only cow's milk at the coffee station, you're doing it wrong.

Is there anything more infuriating than being halfway through a really valid, salient point and being cut off by some fool who didn't even understand the question?

We want to see panel moderators doing their jobs: that is, stopping people (often men) interrupting women as they speak, encouraging panel members to get equal airtime in answering questions, and only fielding audience questions that are appropriate and respectful.

The Female Quotient lounge at Cannes again had a brilliant solution for this:

Can we get one of these for every office, conference and panel? pic.twitter.com/uELoMTRxz9

But it shouldn't be needed, because that's what moderators are there for.

They're also there for cutting off that guy in the audience when he's "asking a question" that's actually a five-minute monologue on how much he knows about everything, appended with "what are your thoughts on that?" so that it technically counts. No one wants to hear it, guy. NO ONE. 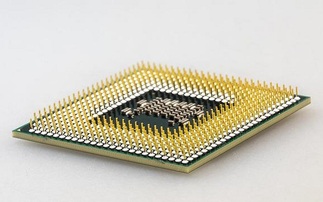 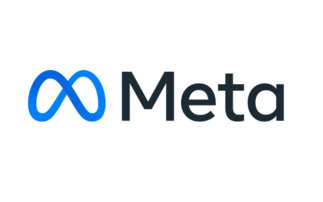 Google-parent Alphabet misses on revenue and profits as growth slows