Last week, and as reported by Computing yesterday, the World Health Organization (with a ‘z' - it's part of the UN) decided that "gaming disorder" is a genuine mental health condition.

I don't even know where to start with this one, so wrong it is on so many levels. Wildly inexact and utterly inaccurate on the one hand while on the other, doing a huge and horrendous disservice to the very real, provable and serious problems of actual mental health conditions.

The idea of liking something a lot can be applied to anything, and is often actively encouraged. Bibliophiles are praised for being well-educated and engaging with a sturdy, intelligent hobby. Crazed normal-bloke-turned half marathon runners are showered with praise on Facebook when they get a decent time, and say they couldn't have done it without the passion, the commitment, the obsession.

Luckily, the Entertainment Software Association has since waded in to ‘discourage' this ridiculous decision, indeed citing that the move "trivializes real mental health issues". If I were a cynical type I'd perhaps suggest that the ESA are a little more interested in continuing to flog games than worry about mental health, but nonetheless - it's an important point and I am completely with them.

However, I disagree with the ESA on one important point - "common sense and objective research prove video games are not addictive".

This is patently not true - some games are addictive. I myself have been addicted to games, and have known people who have, and are. And I know this because it's not exactly a secret that nowadays, many video games are designed from the ground up, often by professional think tanks, to be as addictive as possible, and fully equipped to separate players from their time, their money, or more usually both.

It's not very difficult to find vendors crowing about these techniques and abilities in order to push their own stuff. A quick internet search throws up this one, proudly uploaded by prototyping environment vendor Proto.io in 2016. It's even called "How to design a mobile game so addictive it's almost irresponsible".

Well, actually it's fully irresponsible, and the developmental mastery of "onboarding experience", "rewards" and, if you look further afield, the recent epidemic of "loot boxes" to add a monetised, gambling-lite dimenson to a video game all point to a simple fact: These "games" are no longer worthy to carry the name, and should not be allowed to.

A video game is supposed to be fun. Remember playing Sonic 2 or Super Mario World as a kid? Oh sure, you'd keep going back, determined to keep plugging away until you'd smashed Dr Robotnik or upturned Bowser for the final time. But you weren't downloading paid, randomised powerups, or receiving push messages to come back today in order to double your XP. You weren't being fed side quest after side quest in an epic, open world ‘map mopper' adventure game filled with tick boxes and icons to positively reinforce this endless, digital collecting spree with perfectly targeted, small hits of dopamine in your brain to keep you carrying on carrying on to rack up a dependency on a world that will soon encourage you to buy "season pass" paid content to often double your investment in the core game.

Recent titles such as Destiny 2 and EA's utterly disastrous Star Wars Battlefront II - which has seen its sales affected by a genuine consumer revolt around microtransactions - have proven that the toxic, directed moneymaking schemes behind mobile games like Candy Crush are now migrating to home consoles, risking pulling an even larger part of the games industry into the kind of mire the World Health Organization is unhelpfully tarring with one, big fat brush.

A good video game is, simply, an interactive experience. It might be clever, and look good, like action boss rush title like Studio MDHR's Cuphead, which fuses 1930s Fleischer Brothers-esque hand drawn animation with a glorious jazz soundtrack. It might try to explore the intricate moral choices facing low-level administrators of a corrupt government, like Lucas Pope's Papers, Please. It might be bleak, challenging and teach an intrinsic lesson about the nature of, and eventual overcoming of, failure, like FromSoftware's fascinating Dark Souls series.

It might even be compulsive, team-based, loud, noisy and vaguely unpleasant like Activision's best-selling (and often-maligned) Call of Duty series.

A good game will generally tell a story and allow a player to explore a space to enjoy an experience and - hopefully - take away a conclusion, an anecdote or a feeling that a book, a film or a piece of music couldn't replicate.

A good game will do some - or occasionally all - of the above.

But what every game does not do - and should not do - is create addicts; slack-jawed teenage boys staring into the mid distance while their childhood ebbs away, or six-year old brats tapping the "buy" button on an iPad until they've bought £6,000 worth of hats for an on-screen avatar. These are modern problems applied to stale old Daily Mail cliches from as far back as I can remember, but none of them have anything to do with actual video games.

They have to do with greed. And bottom line chasing. And the inhumane, pscyhological targetting of the vulnerable through a medium in which such practices truly don't belong.

Digital 'experiences' that cause the kind of addiction the WHO seems concerned about are not video games, and should be jettisoned from an industry I was proud to work in for five years of my career, and the best members of which are creative, whimsical, artistic souls trying to share their imaginative impulses with a grateful and open-minded community.

What we need now is a form of regulation which outright bans a weaponised gambling or behaviour manipulation platform - like Battlefront II, or even arguably Candy Crush - from even being classified as a video game. Slap 18+ ratings on them, cover them in warnings, and don't let them share the stage with a genuinely beautiful form of art.

FTSE and Fortune firms are mistaken about their GDPR compliance 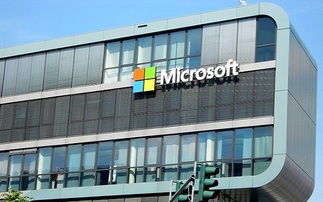 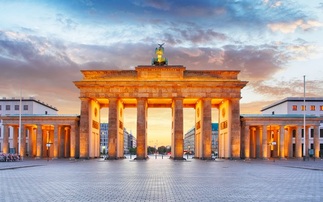 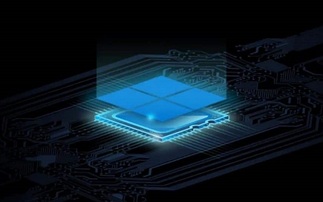