Exponential growth: A portent for computing and society

The point behind all of this is to start thinking about the power of exponential growth and how it is impacting our world and our future. Here is my basic hypothesis:
Nearly everything we do today we do with the aid of computers. Genetics are sequenced using computers, buildings are designed, demographics calculated, movies edited, music composed, phone calls made, social graphics analyzed, products ordered and delivered, etc. etc.
As we all know, Moore's law has proven prescient in that we have actually double compute performance approximate 2x every 18 - 24 months, without fail. This has resulted in the cost of a gigabyte of storage dropping from $500,000 in the early 1980s to less than two cents today. This has resulted in computing which cost 1$ per instruction in the early 80's to approximately 2 cents per million instructions today, and this is not even taking into account quantum computing or IBM's new synaptic computer.
When you get to these levels of computing and you continue to double performance, amazing things start to happen. First of all, you are able to carry a Star Trek communicator-meets-Dick Tracy watch around in your pocket. Second, everything we do with computers happens faster and we produce more data which we can then analyze, producing more data and discoveries and so on.
This year the number one seller at Amazon was the Amazon Echo Dot. This little microphone that could, will, along with its rival Google Home, change the way we live, and do so quite quickly.
Think about it this way. Have you ever worked with someone who was in the center of everything? A sort of hub and spoke manager? It seemed like because they spoke with everyone they had the big picture view, a real understanding of what was happening. Well, imagine now that in the center of all of these conversations are two of the most powerful computing platforms in the world, i.e. Amazon, Google and, at the end of the line, there are millions of Dots, Echos and Google Homes, Assistants, Allos, all listening and answering millions of queries every second.

You already know how much Google knows about what is going on. What will happen when its ability to collect and process information grows by 100, 1000, 10000 times?
Today, both companies are using artificial intelligence and machine learning to process all of our queries. Google can already translate what you say into over 100 languages in real time. It understands conversational context today and will very soon learn how to unpack complex sentences. When this happens its ability to learn will move from the simple and basic queries to the reading and critical analysis of complex texts, engineering papers, medical research etc.
Already today, IBM's Watson is becoming the world's foremost oncologist.
Here's a note from IBM:

"Because Watson can read millions of documents in seconds, Discovery Advisor can cross-reference things like drug interaction and disease symptoms - and return not just every piece of related evidence, but visualizations that explain trends in the data, and offer hypotheses for a researcher's query."
In short, IBM has built what is now a physician's most valuable research assistant. Watson is helping to create treatment protocols for cancer patients and it is doing the job more effectively than the hardest working cancer doc ever could.
All of this is good until it isn't. What we are approaching here is a tipping point. In the years to come, we are going to see advances in technology and software and artificial intelligence that will make even the most fantastic science fiction future appear within reach. Why? Because we will not need to rely on a handful of smart human brains to do the calculus on how to make a safe and efficient flying car; we will have millions of smart computers working together to solve the problem.
I am bullish about the world that is to come. I am also cautious about whether or not we will be smart enough to build in the correct controls. The greatest shortcoming of machine intelligence is that it has been created by man.
Man has been created over the course of a few million years of biological evolution. What we are seeing today, in computing, is happening in months, weeks, days and soon seconds. Everything is accelerating exponentially because it is based on the exponential growth of computing.
We do not have the benefit of a few thousand years to make an adjustment in the sequence of evolution, it will happen in seconds, for better or for worse.
So keep your eyes open. Pay attention and if you are involved in building the machines, the networks, the software, think about the value of maintaining visibility. The need to monitor, record, create trends and analyze. We need to design in the controls that will allow us to recognize the trends, the risks, the pitfalls. We need to instrument everything and we need to start thinking about teaching computers human values, not rules - we already know that results like Asimov's I, Robot could happen when computers blindly follow rules.

Values are, after all, the things that most of the time keep civilization civil.
Of course, we are not very good at agreeing on or consistently following a set group of values. I wonder if our future silicon-based assistants will be any better at it.

Jim McNiel is CMO of NetScout.

Nintendo's last roll of the dice, the Switch, will cost £280 and be in shops in March 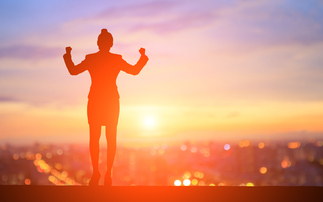 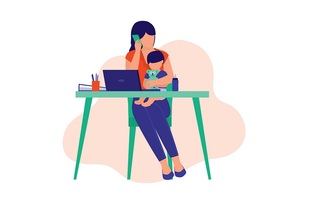 How has Covid-19 affected women working in tech? 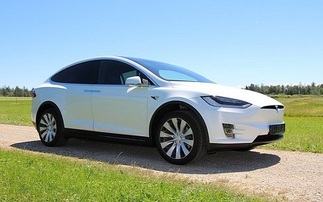