CPUs could have Intel's top-end desktop processors on the ropes

We knew they were coming, with AMD boss Dr Lisa Su confirming they'd pop up late 2019. And if you get a heady feeling at the idea of lots of cores, the new Threadrippers won't disappoint.

Both of the Theadrippers use AMD's Zen 2 7-nanometre architecture and come with support for up to 88 PCIe 4.0 lanes.

While these CPUs might bring some serious performance to the arena when it comes to gaming, they seem more targeted at so-called 'content creators' with both chips supposedly beating the Core i9-9980XE in Adobe Premier CC, Cinebench R20, and compiling in the Unreal Engine 4.23.

Both of these Threadripper CPUs will be released into the wild on 25 November, just in time for PC fans to build an epic Christmas computer.

Want gaming grunt from Team Red? The chipmaker also revealed some more details about the 16 core Ryzen 9 3950X, touting how it is on par and often beats the Core i9-9980XE in games like Apex Legends, Deus Ex: Mankind Divided and Hitman. And at a price of $749 (some £584), it's a lot cheaper than the Intel CPU. It'll make its debut 25 November.

If you don't like powerful chips and feel the need to be honest about it, then AMD also revealed the Athlon 3000G. This dual-core, four-thread CPU runs at 3.5GHz and comes with Team Red's Radeon Vega 3 graphics, all packed up in a 35W thermal design power envelope. It's expected to compete with Intel's Pentium G5400, so it's likely to crop up in compact small-form-factor PCs.

So that's a trio of CPUs from the red corner to try and shake up the CPU arena before 2020 wings its way around.

This shows that AMD is in rude health, though we'll have to see exactly how well the new Threadrippers and high-end Ryzen 9 chips stand up against Intel equivalents.

But we hope that'll spur Intel to accelerate its move to the 10nm process node for its desktop CPUs, as impressive as some of its ninth-gen desktop CPUs are, one can't help but feel a little something special is needed from the chipmaker beyond the Ice Lake debut. µ 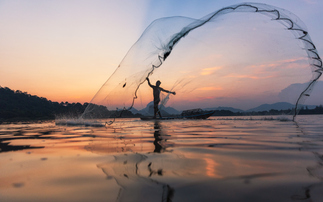 Jenny Duffy – penetration tester and head of talent at Pentest People – describes the obstacles she overcame to get into cyber security and what drives her mad about employers saying they can’t find good cyber security people.