You must be inclusive for diversity initiatives work

Diversity is not economics - you need to start from the top, says Pitney Bowes' Sheryl Battles

Pitney Bowes, which celebrated its 99th birthday this year, is best-known for its commerce solutions, but the company has another proud legacy: It has championed diversity since long before doing so became the social norm, standing up for employees who faced discrimination since the 1940s.

"There's a reason why we talk a lot about diversity," says Pitney Bowes' VP of Communications and Diversity Strategy, Sheryl Battles. "The reality of the world is that there are multiple ethnicities and that, given the internet and commerce, for anyone in business, you have customers or you have the ability to have customers who are going to be from different countries.

"Whether it's gender, race, geography, ethnicity, ability or any of the things that make humans distinctive, a smart employer - those who are going to win in the marketplace - needs to understand that that's the reality that they're faced with."

Studies - like this one from McKinsey - show clear benefits to increasing diversity, with companies in the top quartile more likely to show above-average financial returns. In the same manner, Battles says, widening your recruitment pool increases innovation, which she refers to as "the currency of the marketplace."

"In a global marketplace, businesses must achieve diversity of thought to solve complex problems and drive innovation in order to meet customer expectations. When you don't go out and consciously make sure you've got that diversity of thought...you have this danger of everybody in the room having the exact same experiences. You're not going to be able to innovate. You can't get out of your own way. Also, without a diverse workforce, you're not necessarily going to be meeting all the needs of your customers."

Much has been written about the lack of women and BAME people in the tech space. While everyone agrees that the base starting point should come in schools, Battles thinks that more can be done right now, with the available recruitment pool.

While the idea of trickle-down is controversial in economics, it has a key role in diversity. C-level employees and senior management are key role models for an inclusive environment. They can also initiate an examination of business-wide processes and practices, to ensure that there are no blockers to recruiting diverse talent and ensure that people of all backgrounds feel engaged.

At the same time, "you cannot hire your way to diversity." A company that tries to do so without pushing forward with any other changes is likely to find its new hires leaving as quickly as they join. "That could give this hypothetical company a bad impression of those people, whereas actually it's it's their own fault," said Battles.

Our hypothetical company hasn't realised that the way to retain female or BAME staff isn't simply to hire more of them: it is to make sure that they are included.

All of the diversity initiatives in the world are pointless without inclusion. An inclusive environment is one in which all employees can be respected, have their voices heard and their talents valued. This needs robust processes and policies at every level, as well as a culture committed to internal mobility. Success should be celebrated at every level.

"Diversity is a reality and inclusion is the intention," says Battles. "I want to be able to go somewhere where I find people who look like me, and I want to be able to bring my authentic self and being able to do that is inclusion… At its simplest, diversity is about having a place at the table. Inclusion is about people at the table getting you a chair and listening to what you have to say."

Inclusivity is not only about diversity: everyone, after all, wants to know that they have a voice. What is good for diverse talent is good for all talent, and having inclusive practices integrated at every level helps staff to feel valued.

Next year marks Pitney Bowes' 100th anniversary, and as the company enters its second century it is beginning to look ahead to the social trends that will define the next 100 years. If the 20th century was marked by opening the workforce to people who aren't white men, the 21st will deal with how to retain that inclusivity in a time defined by AI - AI that is often designed by white men.

Computing and CRN have united to present the Women in Tech Festival UK 2019, coming to London on 17th September.

The event will celebrate successful women in the IT industry, enabling attendes to hear about, and share, personal experiences of professional journeys and challenges.

Whether you're the ‘Next Generation', an ‘Inspirational Leader', or an ‘Innovator of Tech' this event will offer inspiration on not only how to improve yourself, but how to help others too. 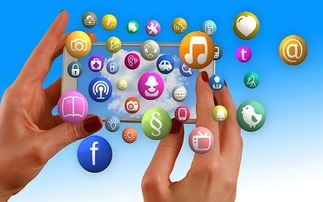 The European Union has agreed the final form of the Digital Services Act, placing unprecedented restrictions on online content. 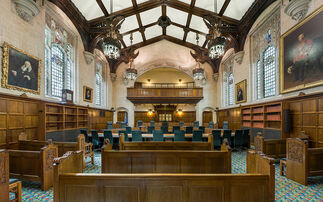 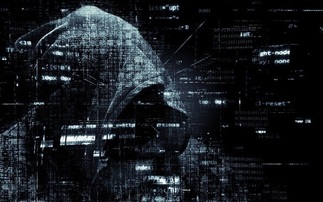 RaidForums, a popular marketplace where cybercriminals would buy and sell stolen data, has been shut down and its infrastructure seized in a major cross-border law enforcement operation.