It will launch 5G services in August, although pricing has yet to be revealed - either for the Home Broadband or mobile contracts.

The company claims that, while it's the last of the UK's mobile infrastructure operators to reveal its 5G plan, it will offer ‘true' 5G services that are up to twice as fast as rivals' networks. It will also boost its 4G network performance by ripping out end-of-life Samsung 4G radio-access kit and replacing it with Huawei hardware.

This will also help to improve interoperability between its 4G and 5G networks.

It announced in August last year that Huawei would be the sole supplier of 5G radio access network (RAN) technology. To achieve the kind of interoperability required between 4G and 5G networks operators typically need to run RAN equipment from the same vendor, hence Three's decision to go all-Huawei for both 4G and 5G.

Samsung never achieved the kind of scale in Europe required to support existing customers and its equipment on Three's network had, in any case, reached end of life, according to Heavy Reading analyst Gabriel Brown.

"With the Huawei program we are swapping the Samsung 4G and deploying 5G," Mike Eales, Three's head of network services strategy and architecture, told the specialist Light Reading website. "With non-standalone, the 4G underpins the 5G so it has to be the same vendor. You can't use different vendors."

As a result, Huawei could be significantly affected by any UK government decision over the security - or otherwise - of Huawei 5G hardware. Three is operating on the assumption that any ban would be limited to the core, according to Light Reading. This is the central part of the network that routes traffic where sensitive IT systems sit.

Three's main core network vendor remains Nokia, which also supplied its 3G networking equipment when the company was first established just over 15 years ago. The company has recently upgraded its core network with all-Nokia equipment.

Three UK claims that the UK National Cyber Security Centre has been fully involved in the company's 5G network procurement decision-making - indicating that Huawei is unlikely to be banned from supplying RAN equipment to UK mobile operators.

Three UK's reveal comes just a day before Vodafone launches its 5G services, using both Ericsson and Huawei as its main provider of RAN technology.

Are you doing your part for diversity? Enter the UK IT Awards now

Who made it big at the Digital Technology Leaders Awards 2019? 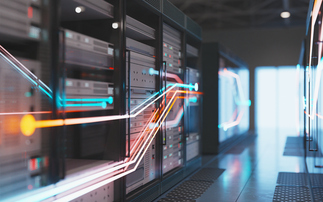 Industry Voice: Futureproofing your data - how to stay ahead of the curve 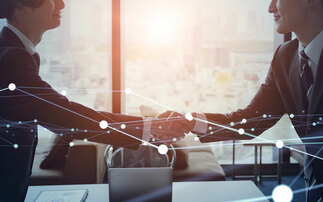 Studio 3T tools are used by many companies to bring the full capabilities of MongoDB to their employees. As a tool builder, working to help skill and reskill users, Studio 3T has some thoughts on the challenges faced by modern technology driver companies....