For years, physicists have been trying to crack dark matter - not just scouring the skies for evidence of the elusive, theoretical material, but also what it's made of.

However, the first run of the ABRACADABRA experiment hasn't yielded any evidence of the hypothetical axion particle that is supposedly one of the building blocks of dark matter.

Scientists expect them to be among the lightest particles in the Universe. Their discovery would almost certainly lead to the modification of the principles of electromagnetism at a minute level, and also have an impact on the theory of the formation of galaxies and expansion of the Universe.

There's a good reason why Jupiter, the fifth planet from the Sun and the largest in the Solar System, is known as a gas giant. So what label should be applied to exoplanet HR8799e, which apparently has a mass of between five and 10 times that of Jupiter?

Just 129 light years from Earth, the planet has been examined in more detail than ever using a new technique, dubbed GRAVITY, by the European South Observatory's (ESO) Very Large Telescope - a technique that the ESO plans to apply to the study of other planets in the future.

With the new observations, astronomers found that HR8799e is a huge ball of gas with complex atmosphere. It features a stormy surface with swirling clouds of silicate and iron, and an atmosphere characterised by a powerful greenhouse effect, heating the surface up to about 1,000 degrees Celsius.

"With its high sensitivity performance, GRAVITY is going to reveal a whole new world of planets, stars and galactic centres that were previously out of reach because they were too faint for the previous instruments," said Xavier Haubois, ESO instrument fellow of the GRAVITY project behind the new observations.

Dark matter remains one of the big mysteries of modern physics. Physicists know it is there, but where?

Believed to account for around 85 per cent of all matter in the known Universe, scientists have found out a few places where it definitely isn't; specifically, a galaxy labelled NGC 1052-DF2 (or DF2), which seems to contain almost no dark matter - the first time that any such galaxy has been found in the Universe.

This was actually discovered around two years ago, but scientists thought that there had to be some mistake. Did the team behind the discovery misinterpret the data, or maybe the data itself was defective?

Well, apparently not, according to two separate studies that suggest that the original research was correct, using data from the WM Keck Observatory.

According to scientists, the two galaxies they have found that almost certainly don't contain dark matter can be classified as ultra-diffuse galaxies (UDGs). These are similar to the Milky Way in terms of size, but have between 100 to 1000 times fewer stars. Because of that, they appear translucent and are difficult to observe in the Universe.

The new observations suggest that there could be more such galaxies in the Universe.

A black hole is an area in space where a massive amount of matter is packed into a very small area, formed when large stars collapse at the end of their life cycle. Using data collected by the Hyper Suprime-Cam (HSC) instrument installed on the Subaru Telescope in Japan, scientists were able to select distant quasar candidates for further investigation in order to find out more about them.

Artist's impression of a black hole

The most distant quasar that astronomers discovered in the new survey is located 13.05 billion light-years away. After a detailed analysis of the survey data, astronomers also concluded that there is about one supermassive black hole present in every per cubic giga-light-year region in the Universe.

The research team now wants to expand the scope of their study to spot more distant black holes in the Universe in an effort to find out when the first supermassive black hole was formed in the Universe.

After travelling to the Moon becomes only a little more challenging than taking a bus into town and going to Mars becomes the equivalent of a Saturday afternoon in Bluewater, what will humanity do next? Find habitable planets outside the Solar System to ‘improve', of course.

At this stage, identifying the kind of planets that might fit the bill can largely be described as well-educated guesswork, but scientists believe that systems featuring so-called ‘K' stars should be examined first.

‘K' stars are much dimmer than Sun-like stars, but brighter than the faintest stars (M-stars/red dwarfs). They account for 75 per cent of all the stars in the Universe. However, because they consume their fuel in a more consistent and economical manner, they can last for more than a trillion years.

As such, that gives life a little more time to develop, tentatively clamber out of the primordial swamp, evolve and to invent digital watches and all the other accoutrements of high civilisation.

"I like to think that K stars are in a 'sweet spot' between Sun-analogue stars and M stars," said Giada Arney, the lead researcher from NASA's Goddard Space Flight Centre in Greenbelt, Maryland. 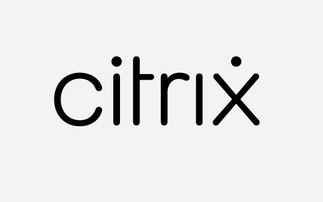 The Big Picture: What were tech's important stories in August? 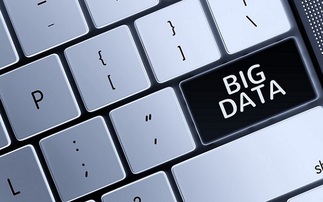