Much contemporary astronomy is focused on finding star systems - and, hence, planets - capable of supporting life. Even just in the past ten years alone, huge leaps have been taken with, for example, the discovery of the Kepler-47 star system with, we now know, at least three planets orbiting two stars.

Astronomers are also learning more about the kinds of stars that might be capable of supporting life and, therefore, where to look.

But perhaps the most fascinating news in April focused on black holes - not just the publication of the world's first image of a black hole and its surrounding features, but the discovery of six new binary black hole mergers.

Kepler-47 was the first circumbinary multi-planet system - a system in which the planets orbit two starts, not just one - discovered by the NASA's Kepler mission. It is located in Cygnus constellation and lies approximately 4,900 light-years away from Earth.

Surprisingly, perhaps, while the third planet discovered in the system, it's also by far the largest.

The Kepler-47 planetary system was only discovered in 2012. Before then, it was thought that binary stars with multiple planets simply didn't exist because the gravitational perturbations caused by the parent stars would cause the planets to either collide or be ejected out of orbit. However, not only are Kepler-47's planets orbiting without apparent incident, but do so in the so-called habitable zone - albeit unlikely to harbour life.

Unlike Earth, Mars doesn't have tectonic plates and, hence, it has always been open to question whether it suffers from quakes. As a result, the Martian surface is extremely quiet compared with Earth's, which continuously experiences seismic noise produced by weather, oceans, and tremors occurring along its many fault lines.

Now, though, NASA's Mars InSight lander appears to have detected evidence of seismic activity deep beneath the surface of Mars. In addition to a relatively strong signal picked up on 6th April, InSight also detected three weaker signals of seismic activity on Mars - on 14th March, 10th April, and 11th April.

The Mars InSight team hopes to use the probe's ‘Marsquake' data to work out what Mars is actually made of. As the waves generated by a quake travel across the rocks beneath the planetary surface, the signals can provide clues about the composition of its interior.

When the time comes for humanity to seek out new planets to colonise - assuming humanity lasts long enough to be able to do so - it will need to choose carefully. Obviously, astronomers and scientist have already spent decades trying to identify the most suitable galaxies, stars and planets where humanity could build a second home.

But new research from the Space Research Institute of the ÖAW in Graz and the University of Vienna indicates that planets circling M-dwarf stars - which had been thought to be the best places to look - might not all be so clement after all.

Their research indicates that the solar activity of a young M-dwarf star can cause extreme hydro-dynamic losses for orbiting planets with Earth-like atmospheres, with such atmospheres being lost as a result in fewer than one million years. Furthermore, it can take several billion years before the activity of such stars settle down - unfortunately, leaving behind planets with either very thin or almost no atmospheres capable of sustaining life.

Black holes, the detection of dark matter and dark energy, and observations of up to 100,000 galaxy clusters are just three of the tasks that the Russo-German Spektr-RG space observatory will engage in when it is finally launched, hopefully in June this year.

The observatory has two telescopes - ART-XC and eROSITA built by Russian and German scientists, respectively - and will carry multiple instruments capable of viewing the Universe in the medium- and high-energy X-ray bands.

All the data gathered by the observatory will also be made available to astronomers around the world.

Black holes are among the fascinating objects in the Universe, but even more fascinating, perhaps, are binary black hole mergers, whereby two black holes in orbit around each other end up merging.

And they're not necessarily as rare an event as you might expect. In April, researchers at the Institute of Advanced Study (IAS) found evidence of six new binary black hole merger events, based on an analysis of data released by the LIGO-Virgo Collaboration (LVC). 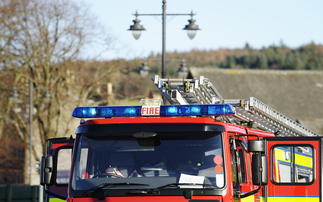 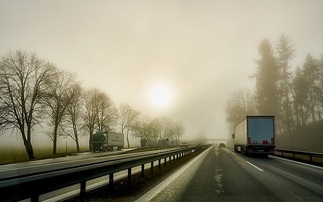