Researchers at the Georgia Institute of Technology have designed a new application-specific integrated circuit (ASIC), inspired by the human brain and operates on ultra-lower power.

According to its designers, the new chip could provide intelligent palm-sized robots with the ability to learn from their past experiences and also enable them to continuously operate for several hours instead of just a few minutes.

The competence of the unique ASIC chip was demonstrated last month at the 2019 IEEE International Solid-State Circuits Conference held in San Francisco, California.

Researchers used these chips to drive small robotic cars in an arena that was surrounded by cardboard block walls on four sides. The cars were assigned with the task of searching for specific targets while navigating through the arena.

They were also expected to avoid traffic cones as well as other cars, communicate with each other and also to learn from their environment when searching for targets.

The cars were equipped with inertial and ultrasound sensors, which help them to determine their own location in the arena, as well as other objects near them. The hybrid ASIC in these cars acted as their brain, and processes all the information collected by the sensors.

The output from ASIC was fed to a Raspberry Pi controller, which produced further instructions for the electric motors.

According to researchers, their new ASIC consumes ultra-low power, which means there is much more available for motors, improving the performance of the motors several times over.

The research team now wants to use their ASIC with micro-electromechanical (MEMS) technology, which can operate with even less power than conventional motors.

A machine created using ASIC and MEMS technology would be unique in the sense that all its sensors, computing and communication systems, as well as the actuation system, would run while consuming the same amount of power - just hundreds of milliwatts.

Researchers believe palm-sized robots designed using efficient motors and controllers would be able to work for several hours on just a couple of AA batteries.

They are also trying to add intelligence to these machines so that they can learn from their experience, are able to make decisions on their own, and move around autonomously.

"We want to enable more and more functionality in these small robots," said Arijit Raychowdhury, associate professor in Georgia Tech's School of Electrical and Computer Engineering.

"We have shown what is possible, and what we have done will now need to be augmented by other innovations," he added.

Scientists estimate mass of the Milky Way galaxy at around 1.5 trillion solar masses 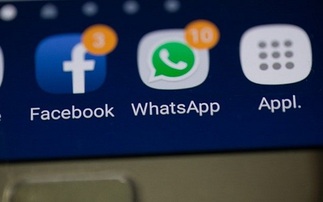 Facebook reveals maintenance error was cause of global outage

Where next for the mainframe, part 4 - making it happen

After looking at the history of the mainframe, how you're using it, why you might replace it and how to do so, we're now asking - how do you bring it all together?

Where next for the mainframe, part 3 - which way to go?

There are several strategies a company that relies on mainframes today can adopt – from the permissive to the aggressive.