Chinese satellite DSLWP-B (Longjiang-2), which is currently in the Moon's lunar orbit, has captured an image from the far side of the heavily cratered moon - with the cloud-covered Earth in the distance.

This is the first time that this satellite has captured a view of the Moon and Earth in single shot.

DSLWP-B is a micro-satellite built by Chinese astronomers. It was launched in May last year, along with a companion satellite (DSLWP-A) and Queqiiao satellite to observe the far side of the Moon.

China's space agency launched Queqiiao to enable communication between the ground controllers and the Chang'e-4 spacecraft, which it landed on the 'dark side' of the Moon last month.

Last month, China's Chang'e-4 lander created history by successfully touching down on the far side of the Moon. Queqiiao satellite played a significant role in the entire landing mission. Queqiiao is currently located in a stable position near the Moon and beams back radio signals from Chang'e-4 lander and DSLWP-B to Earth.

During the Chang'e-4 landing, DSLWP-B remained silent for some days to avoid interfering with the communication between the ground controllers and the Chang'e-4 lander. However, the tiny satellite became active again on 13th January 2019.

On 3rd February, a command was sent to the camera to capture a time-lapse of the Earth-Moon system, which was successfully accomplished.

"This image represents the culmination of several observing sessions spread over the past few months where we used the Dwingeloo telescope in collaboration with the Chinese team from Harbin University of Technology, who build the radio transceiver on board Longjiang-2, and radio amateurs spread across the globe," astronomer Cees Bassa wrote in a blog post.

DSLWP-B is not managed by any government space agency, so it is categorised as an "amateur" satellite. The tiny satellite is capable of carrying out some complex scientific studies through space. It has an amateur radio transceiver aboard, which allows communication between the satellite and radio amateurs on Earth.

According to astronomers, setting up the shot and receiving the data from DSLWP-B is an exhaustive process.

The photo captured by the satellite three days back was downloaded by the Dwingeloo Telescope in the Netherlands. 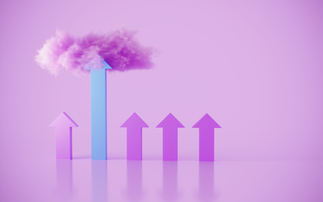 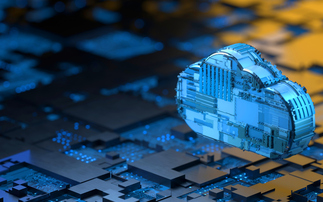