Digital transformation: 'It's not about changing it all, it's about running what's there, but better' says Savvius MD

Why rebuild the highway when you can change the traffic flow...?

"Digital transformation" is a phrase that never seems to leave most IT pros' lips for long, but rarely seems to hold a shared opinion in terms of practice.

However one popular trope seems to hold true: Many digital transformation approaches can tend on the side of drastic system and infrastructure refurbishments, which while proving quickly and dramatically effective, may cost the earth and cause maximum disruption.

Larry Zulch, managing director of packet-level network analytics and security forensics firm Savvius, however, believes that a more sound approach to digital transformation may often lie in looking more carefully at what's already there, and finding ways to make it work equally as effectively as a new solution.

"Post-GDPR and with Brexit so close, banks are currently encountering an unusually dynamic environment, where the expectations on them from regulators, customers, shareholders and internally are all in flux. So they have to respond to that. The banking world is changing at a pace that we haven't seen in a very long time."

Banks, he argued, now need to "simultaneously show a kind of mobility in their own thinking - in terms of digital transformation in terms of open banking, edge computing, mobile computing, responsiveness to their retailers, customers, all of it" while doing that "in the context of a very large established infrastructure".

"It's a little bit like digging a roadway," he continued.

"You can't afford to widen the roadway, but you have to figure out a way to get more cars on it. And how do you do that? Maybe by better signage, maybe by better metering of cars getting onto the on-ramps. They really can't afford to completely change their existing infrastructure at that point."

Anticipating problems before they occur, as opposed to modifying infrastructure in the hopes of catering for problems that can't be seen, he said, is a sound philosophy.

"It's a little bit like reducing the number of accidents that may occur on a roadway - make sure you have atow truck staged to get it off the road right away," he added.

Another issue for large companies, such as financial institutions, is leveraging scale in transformation.

Zulch explained how he had recently spoken to a UK bank which had "15,000 servers in the London area alone".

"You cannot just do a forklift upgrade of that, or of the network infrastructure that supports it - it's just not practical to look an intersection and say 'I'm going to change it because of Brexit or GDPR' in such a way that makes it inherently more reliable," he said.

"It's about running what's there, better."

"How do you do that? That requires visibility into what those issues are, and the dwell time between the emergence of an issue and the awareness of an issue," said Zulch.

This, he pointed out, is different to what's often called an issue resolution, where the dwell time between emergence and awareness is simply reduced.

"Instead, it's about the resolution time between awareness and a fixed issue being reduced. Then finally a root cause understanding, so the repetition is less likely of that issue."

Zulch revealed how he'd been speaking to a customer about a problem they had been dealing with that first emerged in 2017, and how that customer had been having trouble finding the root cause because "there was resistance in them getting down to the packet level for regulatory reasons, and they couldn't figure out what was going on".

"It was reappearing on a regular basis and was driving them nuts," he explained.

"But being able to do what we do, with our mantra, 'Find it fast, fix it forever' - that's what we believe we're about, and what we're doing."

"The combination of LiveAction's flow analytics and the packet capture technology of Savvius will allow users to bridge the gap between flow and packet-based data, and use that information seamlessly when planning, monitoring and troubleshooting critical network infrastructure and key applications."

To find out more about the importance of network visibility in financial services, click here to read Savvius' full research paper 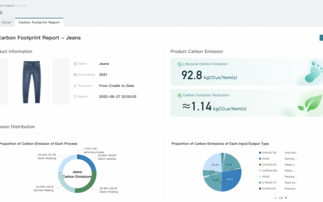 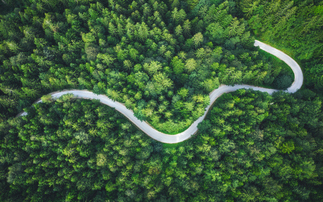 The UK's Intellectual Property Office (IPO) has sided with its US counterpart to decide that artificial intelligence systems cannot patent inventions.