Flaw in 6th and 7th gen CPUs could cause applications to behave unexpectedly, data loss or corruption

Intel's 6th and 7th generation Skylake and Kaby Lake processors have a ‘critical' flaw that could cause applications to behave unpredictably, with possible data loss or corruption.

The flaw was reported by developers at Linux distribution Debian, following earlier work by OCaml toolchain developers. The issue affects all operating systems and "could cause spurious errors, such as application and system misbehaviour, data corruption, and data loss," Debian developer Henrique de Moraes Holschuh writes.

The processors exhibiting the flaw are 6th and 7th generation Intel Core processors (desktop, embedded, mobile and HEDT), their related server processors (such as Xeon v5 and Xeon v6), as
well as some Intel Pentium processor models. Only models released from 2015 onwards are affected.

According to the Debian blog, Intel is aware of the flaw and has apparently supplied patches, but the firm neglected to inform the OCaml researchers who originally reported the bug about this.

The flaw is detailed by Intel errata documentation as follows:

Problem:  "Under complex micro-architectural conditions, short loops of less than 64 instructions that use AH, BH, CH or DH registers as well as their corresponding wider register (e.g. RAX, EAX or AX for AH) may cause unpredictable system behavior. This can only happen when both logical processors on the same physical processor are active."

Implication: "Due to this erratum, the system may experience unpredictable system behavior."

The exact conditions that could trigger the CPUs to act unpredictably are not clear, but the risk - apart from possible data corruption or loss or knock-on effects from an application behaving in an unexpected way - is that an attacker could use the flaw to craft an attack.

The defect only affects processors on which hyperthreading has been enabled, so a quick fix is to turn off this feature in the system BIOS, although this may require a BIOS/UEFI update.

For Debian 8 and 9 users, updated versions of the intel-microcode packages are available in the distro's repositories.

Computing has requested comment on this issue from Intel. 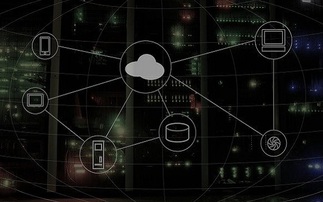 Deskflix 2022 begins this March: the future of hybrid & multi cloud

Computing is delighted to announce Deskflix season 1 for 2022, The Future of Hybrid & Multi Cloud, taking place on Tuesday 22nd February Video: "When we have more women in senior or very technical roles in the IT industry, more women will come."