Security was never far from the headlines in 2016, with data breaches at large firms occurring almost daily at some points in the year.

And it wasn't just about the data breaches, there were security-related legal and political developments around the controversial Investigatory Powers Bill, and the EU's General Data Protection Regulation (GDPR).

Computing now brings you our collection of the most important security stories of the year.

In October security researchers demonstrated a new class of hardware-based attack that, they claim, could enable hackers to acquire root access to Android devices without exploiting any software flaws or requiring user permission.

"The root of the problem is that many memory chips have a hardware vulnerability, known as Rowhammer," Herbert Bos, professor of systems security at Vrije Universiteit Amsterdam in The Netherlands told Computing.

He continued: "It allows attackers to change the content of memory that they should never be able to access. The effect is pure physics, but exploitable from software."

Since the Rowhammer attack was first publicised, attacks against Android devices have provided inconsistent results, with 12 attacks against 15 different Google Nexus 5 devices proving successful, for example, and only one of two attacks against the Samsung Galaxy S5. 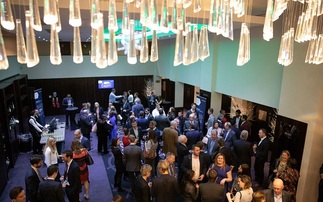 Enter now to be part of the Technology Product Awards 2021

Computing continues its '15 questions' interview series, in which Jacqueline de Rojas talks about her influences, inspirations and early aspirations to be a BBC newreader