Emirates, one of the world's largest airlines, has signed a 10-year IT services agreement with IBM, worth about $300m.

IBM said that infrastructure would be delivered as a service to the Dubai-based airline, which would enable it to improve efficiency on its passenger support systems and functions.

Emirates has run its ticketing and reservations system on IBM mainframes for more than 30 years, with z Systems being used to process business transactions such as flight reservations, inventory, check-in, ticketing, and flight information.

Its latest agreement will see IBM provide a fully managed service for the IBM mainframe and storage that aims to help Emirates encrypt data in near real-time. In addition, IBM said that the platform would allow the airline to build new apps that will support the commercial exchange of business functions, capabilities or competencies as services packaged in APIs.

Emirates had collaborated with IBM earlier this year to enhance its Passenger Service System (PSS).

Back in October 2015, Etihad Airways signed a $700m deal with IBM that provided the Abu Dhabi-based airline and its partners with cloud, analytics, mobile, security and cognitive technologies.

The agreement included plans for the creation of a new cloud data centre in Abu Dhabi, while the Apple-IBM partnership would provide the airline with better mobile capabilities for its employees and guests. Around 100 Etihad Airways IT employees would transition to IBM as part of the deal.

At the time, Robert Webb, Etihad Airways' chief information and technology officer (CITO) said: "This landmark agreement, a fundamental part of our technology and innovation strategy, will bring us a global IT delivery platform that is secure, resilient and future-ready for Etihad Airways' companies and equity partner airlines."

What's the future for the giant e-waste sculpture that dominated the G7 summit skyline?

Steve Oliver, founder of musicMagpie, says it would be 'criminal' if new home not found for giant artwork exhibited near Carbis Bay recently 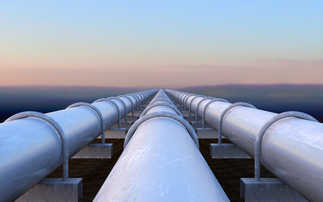 The Big Picture: What were tech's important stories in May?

It's all about ransomware and regulation in May's Big Picture

IT spending priorities dominated by by cloud, end-user compute and security, research

'If you're not taking risks, you're not innovating hard enough' - Anthony Nolan CIO Danny Attias