Nokia nosedive: How can Microsoft avoid another $10bn mobile debacle?

The maths has been done, and the total cost of Microsoft's ill-informed acquisition and subsequent write-off of Nokia's mobile phone arm has been totalled at a staggering $10bn.

The figure came to light after Microsoft had to disclose details of the financial activity around Nokia when filing with the US Securities and Exchange Commission (SEC).

"The increase was mainly due to impairment charges of $7.5bn related to our Phone Hardware business in the fourth quarter of fiscal year 2015."

The fiscal year ended on 30 June 2015, and the $10bn cost of Nokia seems to have been reached by combining its previously stated $7.6bn write-off of Nokia with $2.1bn "employee severance expenses and the write-down of certain assets in connection with restructuring activities".

Human money sponge and ex-CEO of Nokia Stephen Elop cost the company a total of $33m to hire and compensate, and while the precise value of his severance package is still up in the air, it seems likely Elop wouldn't have departed without a significant cash bonus.

A further $435m was spent on "integration expenses... associated with the acquisition of [Nokia]", as Microsoft put it.

In 2014, Microsoft was valued at an estimated $62.8bn, which means around a sixth of its total value has potentially been wiped out on the failed Nokia acquisition.

The acquisition was the brainchild of Microsoft's previous CEO, Steve Ballmer, who announced his plans in September 2013 to gobble up Nokia and adopt its mobile phone designs as a Microsoft sub-brand, after already favouring the ailing mobile phone company for its own equally ailing Windows Phone platform.

Described in an interview with Computing as "like bolting two sinking ships together" by ex-BT CTO and futurist Peter Cochrane, the "gaudy and horrible" branding strategies of Nokia and Microsoft collided head-on in something of a train-wreck of unfortunate decisions.

Microsoft decided to push Nokia's Lumia brand as the face of its phones, but the forefront models were still essentially feature phones with smartphone trappings, favouring technologically impressive cameras over an operating system or phone shell that appealed to the public.

Windows Phone itself continually failed with every iteration to launch a mobile application store that chimed with consumers or enterprise, with many developers deciding to steer clear of a "third pillar" in the iOS versus Android war, in a situation all-too familiar to BlackBerry, whose BlackBerry 10 platform began curling up and dying at a similar time, and for similar reasons.

Current Microsoft CEO Satya Nadella, whose main achievements so far have been to slim down Microsoft's workforce while bringing together the company's various platform services under a "One Microsoft" message with "cloud first, mobile first" strategy, now seems to be hell-bent on another try at mobile.

"I think we want to be smart about how many of these phones do we want to generate, how many, which price points we want to participate in," Nadella sagely said during last month's company earning call.

"That's where you will see the most significant operational changes from how we operated last year to the coming year."

Windows 10 for phones is due to launch in an official capacity when a "blocking bug" is cleared. But in Computing's opinion it still requires a properly-developed app store in order to stand a chance in a market still ruled by iOS and Android.

Microsoft would also do well to properly leverage the obvious advantages of a mobile phone that enjoys a much closer relationship with Windows 10 on the desktop than the app-based functionality of Office, OneDrive and other Microsoft tools and services on rival mobile platforms.

With so much riding on it , it will be fascinating to see how Windows 10 Phone performs in the market - especially the enterprise, which is begging for a post-BlackBerry solution. 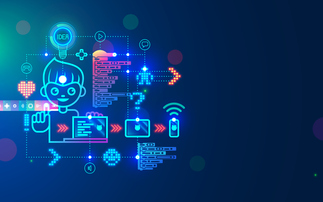 Inspired by DevOps: how Heriot-Watt University is automating teaching and assessment of Computer Science 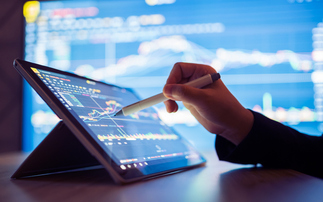 "You can continue product engineering the old-fashioned way, but your competition will be waving to you from the finish line."