We can't reverse climate change without working together

No-one, company or individual, can save the planet by themselves, and all your efforts could be for nothing without widespread support. It's hard to hear, but the fight against climate change is full of uncomfortable truths.

Saving the planet means working together, and it needs lots and lots of data. That makes technologists, who are used to collaborating and working with massive datasets, uniquely - perhaps surprisingly - well-suited to step up.

Alberto Arribas-Herranz, Sustainability Science Lead, Europe at Microsoft, led the design and development of climate prediction systems at the UK Met Office for a long time, but eventually grew frustrated.

"There is a lot of extremely useful data that is coming from all of the climate models, but the data is still difficult to use, and where you really get all of the value, actually, is by combining this kind of climate data with somebody else's data. So, whether you just need to be able to address flooding, or you need to be able to address carbon emissions, you need to do this combination."

The draw of new technologies like the cloud, which would make it easier to work across multiple datasets, drew him to Microsoft. The company already boasts strong sustainability commitments, with plans to be carbon neutral by 2030 (2025 for its data centres), and similar commitments around water positivity and e-waste.

"I think everybody has to remember that we are not carbon negative just for the sake of doing it. We are doing it because that's what is going to keep the planet actually in a state that is fit for humans and animals and plants to live."

Arribas-Herranz's role, and that of his team, is to make sure that all of those commitments are scientifically sound, rather than green-washing. However, he admits that despite Microsoft's market power, it can't fight climate change alone.

Part of Microsoft's approach to this is the creation of various tools and solutions, which anyone can use to start tackling their climate challenges. One example is the Sustainability Calculator, where customers can input their data to get a "left-to-right" view of the total carbon emissions resulting from their cloud usage. The Calculator uses AI and analytics to provide actionable insights on how to reduce and forecast emissions, and to simplify carbon reporting.

Interest in these tools is rising across the board, but the retail banking and financial industries are especially keen. They can use solutions like this to assist with calculating risk, allocating capital and financing different products.

Policy-makers and regulators, who are tasked with building complex climate legislation, are also eager to get involved. The Sustainability Calculator and Planetary Computer may not look flashy, but perform a difficult and important step in the journey to net zero. By offering tools like these, Microsoft hopes to help everyone move further along that path, without needing to spend resources building something themselves.

"This is all part of the same story: you are reducing carbon, but you're reducing carbon for a reason, because we want to make this planet habitable by humans and plants and animals. It's worth highlighting that these two things don't happen in isolation: the whole push to carbon negative and the creation of solutions and tools that really facilitate people to protect and restore ecosystems." 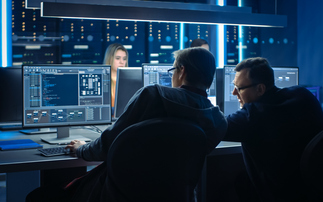 Spotlight on AI-enhanced security: four contenders for SMEs and enterprise

A Computing Delta look at solutions from Sophos, Symantec, CrowdStrike and Fortinet 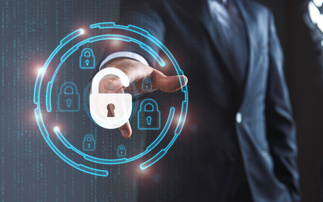 IAM misconfiguration has played an increasing role in cloud breaches over the past few years, finds Sonatype/Fugue research