Genevois wanted to be a marketer - then she discovered data science

Alice Genevois, senior data science manager at Lloyds Banking Group, went into further education with her eye on a marketing career and discovered in the process a love of data that ended up shaping her career beyond what she initially may have imagined and paving the way for a career in the flourishing field of data science.

"I thought when I was younger, I'd go into marketing. I did a split degree and I did a masters in Marketing and Business Analytics. When I started doing a bit of both I realised that I really like numbers, I like data. I liked marketing because I know how to talk to people and stakeholders but actually it's the data, it's having the facts and the numbers behind you. I like having a yes or no answer, and only data can really give you that."

Right now, every organisation is engaged in a race to monetise the colossal quantities of data available to them. Those without strong data strategies are being left behind as the pace of digitisation accelerates. Data science is powering these strategies, but it's a complex field, consisting of the overlap of multiple disciplines such as data analytics, machine learning and algorithms.

Data scientists are such a sought-after resource because they combine mathematical, coding and analytical skills with an ability to communicate their findings to business stakeholders.

After leaving academia, Genevois began working in business consulting where she worked for four years using data analysis and modelling to provide financial services clients with insight as to where and how opportunities could be mined. In 2017 came a move to BT - and one of the moments in her career of which Genevois remains justifiably proud.

"When I left consulting, I had a lot of high-level knowledge, but if you asked me to write a line of code I probably couldn't have. I had done a little bit of training, but I applied for this job at BT, knowing that I didn't have one of the key skills to be a data analyst, which was the code - it was SQL at that time.

"Even though SQL was one of the key requirements on the job spec I managed in the interview to show them that I could learn and that I wanted to learn. They hired me and then trained me up and within a couple of months I was delivering stuff for them."

By the time Genevois moved on from BT she was delivering complex data analyses and strategic insight, having mastered SQL among other data tools, and leading their consumer measurement framework programme, which involved multiple project streams right across the business.

It was also while at BT that Genevois began her involvement in mentoring and coaching others as well as promoting voluntary opportunities across the company.

In 2019, a move to Lloyds Banking Group beckoned - and with it a move to data science. Genevois ran multiple analytical and data science projects for 17 months before winning a promotion to a senior management position.

"At a senior manager level, there was only one other woman out of 15. I know Lloyds weren't discriminating against women but when there are so few role models you wonder if it's really achievable. Now there are two of us I'm hoping that it encourages more women in!"

Genevois is doing far more to encourage the progression of women in data than merely hoping. In addition to being involved with the Women and Technology Excellence Awards, she is one of the leading members of the Lloyds Banking Group Women ConnecTech network, through which she co-founded the Coach to Code Programme which pairs women who want to learn more about data and coding with coaches to provide guidance, training and inspiration. When asked what advice she's give to women starting out in technology careers Genevois emphasises the importance of mentoring.

Getting a mentor will really help you in your career

"Getting a mentor will really help you in your career. Your line manager is not the same thing, they will be focused on your present career and what you're trying to do right now. The mentor helps you really realise what your key strengths are. By asking you the right questions they help you understand what you really want to do. Maybe it's the path you're on, maybe it's a different path but because mentors are quite high level, they might introduce you to more people and help you start to build your network."

Genevois is equally emphatic about the importance of mentoring others - even relatively early in your career.

"As soon as you feel confident, then get a mentee. You'll always have at least one year experience more than someone else and you may want to pass that experience so on. Join any women's network in your company or in LinkedIn. Be amongst women who are clearly pulling in the right positive mindset."

Genevois is a shining example of what data science can offer as a career, but also of what confidence looks like. The level of chutzpah demonstrated by putting herself forward for a role for which she was only part qualified, stands out as a sharp riposte to those who argue that part of the reason for the dearth of women in leadership roles is that they are naturally more reticent and reluctant to put themselves forward for them.

"I do think some of the promotions I've had in the past happened because in every meeting I would say that I've met all my objectives, I've done this, when am I getting a promotion? I would ask that over and over again, until I got it, because I think it's like anything else, unfortunately, unless you ask, you don't get."

This refreshingly forthright and unambiguous approach is reflected in the approach that Genevois takes to her work.

"I find data peaceful. There's a lot of information there, you figure out what you need to get out of it, you do your model, and then it gives you an answer. That's kind of final - and I like that." 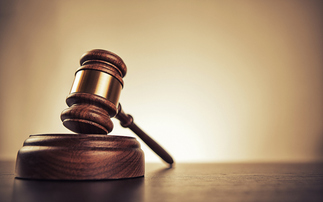