A reputation for delivery: how Kate Beverly came to manage Pearson's digital transformation 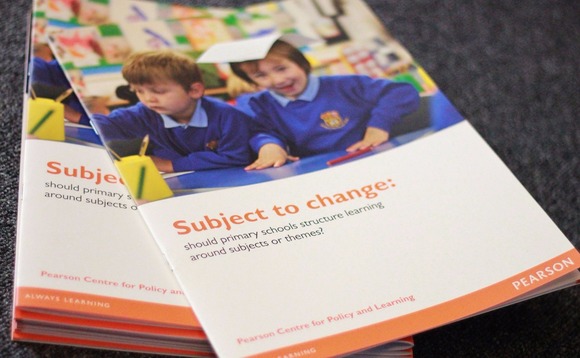 As seems to so often be the case, Kate Beverly's entry into the technology realm was a serendipitous accident rather than the result of careful plotting an educational path to the same destination.

"I've got a degree in textile design! I loved it and got a role at a very small company that put together craft magazines like Knitting, Cross Stitch - that sort of thing. It was all women. I went in made the tea, did the post and because it was small and because I was always keen to take on more, I kept being given more and more responsibility. I was always the one asked to fix the computers."

Ultimately however, the move into a role within the IT industry itself was less accidental than driven by a dawning realisation that the salaries offered by the textiles industry were perhaps rather less attractive than those offered by technology.

"In my mid 20s I had the realisation that if I wanted good money, I had to earn it myself. Somebody told me that if I went into IT, I could probably double my salary. It was the Y2K era and all hands on deck. I did a programming course and loved it. It all made sense to me and I chose that course because although you didn't get paid, they made sure you had some job experience at the end of it. That put me on a help desk in a small company. They offered me a permanent role."

Beverly worked her way up in that small company, doing more project work and eventually becoming the technical lead on projects. By the time the early noughties rolled round Beverly was working as a consultant developer at the Financial Times. This led to another crucial decision.

"I either had to learn things like Java or tell other people what to do - which I really quite like!"

Beverly wasn't the only one who liked it. The consultancy who employed her were quick to realise that she was worth around double the fee as a programme or project manager than she was as a developer. However, the work ultimately proved unfulfilling and around 2005 a move to educational publisher Pearson beckoned.

"I heard they were setting up a new, centralised team support all the projects and programmes that are going on. They wanted people with experience - not to run the programme but to give advice and guidance and support to other people to make sure they're successful."

Earning a reputation for delivery

Beverly hadn't even been at Pearson for a year before she was asked to go to Hong Kong in order to get a project back on track which had been derailed. Three days later she was in Hong Kong.

"I don't speak Chinese so that was pretty interesting!" she laughs. "It took about six weeks of working solidly late into the night and through weekends, but I got them over the line. There was this delicious moment when we went live and they all just stood there looking at me wondering what do we do now? We all trooped down and watched the first packing slip come out and then all went back to our desks. It was really funny!"

The celebration may have been understated but her contribution to this project is an experience of which Beverly remains justifiably proud. She returned to the UK with her reputation considerably enhanced. Beverly was immediately promoted to run the group she'd been part of and was then headhunted by News International. The money was appealing but the role turned out to be less than fulfilling and Beverly had the courage to realise that she had run into a dead end - and to accept a call from Pearson after word got back to them that she was unhappy.

"I went back to the same project, same desk and everything! Although I was rehired on better terms."

Beverly adopted two children in 2011 so took some time out to focus on her family. She returned in order to deliver a huge global ERP program. Another restructure led to the CIO recruiting Beverly to report directly into her and rewarded her with much broader responsibility. Projects have included getting Pearson's flagging IT ticketing technology back on track, communications pieces, SOX etc.

"Other things just outside project management and programme management delivery which has kept it really interesting and broadened my skill set."

Pearson appointed a new CEO in 2020 and in March made a strategic announcement about how technology would be organised within the company. Beverly is currently leading this transformation and establishing how their distributed technology model can be optimised to deliver the vision articulated by the CEO.

Ask for advice - but don't always act on it

Beverly has delivered time and time again throughout her career and exudes the sort of confidence that many of her younger colleagues have yet to develop. When I ask what advice she has for younger women she points out that some of the advice given to young people - particularly women - isn't necessarily helpful.

"I've been given a whole heap of feedback about how I need to change the way I speak - slow down and be more corporate. Gesture less. It took me a long time to ask the question - why is speaking quickly a bad thing?"

It takes courage and confidence to push past messages about exactly what constitutes leadership qualities such as gravitas or a sufficiently corporate pace of speech - all concepts which have of course been informed primarily by the experiences of the men who dominate the corporate and leadership spheres. Beverly admits that it's been one of the biggest obstacles she has faced, and advises new entrants into the industry to consider carefully whether they want to remain within the boundaries that someone else has drawn to contain them.

"Be authentic. We hired you - with your quirks, your passions, your background and your knowledge. If anyone is trying to tell you to change to fit inside a box, I'd think very carefully about whether you should act on that advice."

Data protection has never been a hotter topic, and that's good news for every organisation