The stable genius' highlights of 2018

I'LL BE HONEST. When I first pitched ranking Donald Trump's most gloriously batshit tweets of the year, I didn't realise quite how prolific he is. Like background music you can quite tune out, the president's tweets all seem to blend into one long string of bitterness and bragging. In fact, he's tweeted 3,275 times this year, at the time of writing.

That's 9.6 tweets per day and comes to a grand total of 100,740 words. For what it's worth, that's about 10 per cent longer than Trump's magnum opus: The Art of the Deal. Only, y'know, Trump actually wrote these.

The point is that what features below is around 0.5 per cent of his total output for the year. This is it: the creme de la merde. Only the most batshit, paranoid and downright unhinged tweets needed apply.

So let's get cracking.

Before I get started, here are some word counts to whet your palette:

And now on to the main event…

Wacky Omarosa, who got fired 3 times on the Apprentice, now got fired for the last time. She never made it, never will. She begged me for a job, tears in her eyes, I said Ok. People in the White House hated her. She was vicious, but not smart. I would rarely see her but heard....

...really bad things. Nasty to people & would constantly miss meetings & work. When Gen. Kelly came on board he told me she was a loser & nothing but problems. I told him to try working it out, if possible, because she only said GREAT things about me - until she got fired!

To summarise: Donald Trump hired somebody he had previously fired three times before, only to hear repeatedly that she was useless. Was she fired immediately? Well, no, because she said "GREAT" things about him. For some reason, the President felt this reflected well enough on his managerial acumen to broadcast. Still, at least he understands economics:

When you're already $500 Billion DOWN, you can't lose!

You really, really can.

Crazy Joe Biden is trying to act like a tough guy. Actually, he is weak, both mentally and physically, and yet he threatens me, for the second time, with physical assault. He doesn't know me, but he would go down fast and hard, crying all the way. Don't threaten people Joe!

Nothing to see here. Just the 72-year-old President of the United States fantasising about a fist fight with a 76-year-old political opponent.

Congratulations America, we are now into the second year of the greatest Witch Hunt in American History...and there is still No Collusion and No Obstruction. The only Collusion was that done by Democrats who were unable to win an Election despite the spending of far more money!

The people of 1692 Salem might take slight issue with this being described as the "greatest witch hunt in American history", but hey ho.

Reason I canceled my trip to London is that I am not a big fan of the Obama Administration having sold perhaps the best located and finest embassy in London for "peanuts," only to build a new one in an off location for 1.2 billion dollars. Bad deal. Wanted me to cut ribbon-NO!

Can we talk about Trump's use of quotation marks? He puts them in the strangest places. In this case, I think he may genuinely believe the USA accepted payment for a building in legumes.

The Red Hen Restaurant should focus more on cleaning its filthy canopies, doors and windows (badly needs a paint job) rather than refusing to serve a fine person like Sarah Huckabee Sanders. I always had a rule, if a restaurant is dirty on the outside, it is dirty on the inside!

Aside from the amusing fact that Trump's own restaurants have frequently drawn slapped wrists from health inspectors, you can't really focus on not serving somebody.

Congratulations to France, who played extraordinary soccer, on winning the 2018 World Cup. Additionally, congratulations to President Putin and Russia for putting on a truly great World Cup Tournament -- one of the best ever!

"Are you kidding? I love soccer! Especially the throw-ins". This man has never watched a football match in his life, up to and including the 2018 World Cup.

...realize the economy is the best it's ever been with employment being at an all time high, and many companies pouring back into our country. Wake up Punchy!

Wonderfully in a tweet accusing somebody of having a low IQ, this was a second take, as he managed to spell ‘too' wrong the first time.

Of course we should have captured Osama Bin Laden long before we did. I pointed him out in my book just BEFORE the attack on the World Trade Center. President Clinton famously missed his shot. We paid Pakistan Billions of Dollars & they never told us he was living there. Fools!..

Weirdly Osama Bin Laden only gets a mention in the introduction of the 2000 book, and not once in the whole chapter on terrorism, so it's a strange way of pointing him out. Still, even if Bin Laden were "captured" (somebody ought to tell him), we suspect the US military might have proved more effective at making him talk, given Donald's interrogation efforts two years later:

You just can't win with the Fake News Media. A big story today is that because I have pushed so hard and gotten Gasoline Prices so low, more people are driving and I have caused traffic jams throughout our Great Nation. Sorry everyone!

"Sorry" isn't a word that comes up much in the 3,275 tweets, so you'll just have to imagine this one being said sincerely.

Lowest rated Oscars in HISTORY. Problem is, we don't have Stars anymore - except your President (just kidding, of course)!

Ah, but we did once.

And what a golden age it was.

Inconceivable that the government would break into a lawyer's office (early in the morning) - almost unheard of. Even more inconceivable that a lawyer would tape a client - totally unheard of & perhaps illegal. The good news is that your favorite President did nothing wrong!

On the surface of it, it might seem like an outright denial, but really it could be exonerating any one of 45 people, only six of whom were alive at the time of the tweet.

....Actually, throughout my life, my two greatest assets have been mental stability and being, like, really smart. Crooked Hillary Clinton also played these cards very hard and, as everyone knows, went down in flames. I went from VERY successful businessman, to top T.V. Star.....

....to President of the United States (on my first try). I think that would qualify as not smart, but genius....and a very stable genius at that!

The one thing you want in a President is stability, that's for sure...

To Iranian President Rouhani: NEVER, EVER THREATEN THE UNITED STATES AGAIN OR YOU WILL SUFFER CONSEQUENCES THE LIKES OF WHICH FEW THROUGHOUT HISTORY HAVE EVER SUFFERED BEFORE. WE ARE NO LONGER A COUNTRY THAT WILL STAND FOR YOUR DEMENTED WORDS OF VIOLENCE & DEATH. BE CAUTIOUS!

Maybe ask him if they can build a better spell check that also fixes your random capitalization on your phone.

Bonus entry: Typically, Trump couldn't help but post a late challenger just as I was wrapping this up, so feast your eyes on this gem not included in the earlier stats:

Mike Pompeo is doing a great job, I am very proud of him. His predecessor, Rex Tillerson, didn't have the mental capacity needed. He was dumb as a rock and I couldn't get rid of him fast enough. He was lazy as hell. Now it is a whole new ballgame, great spirit at State!

Not only was Rex Tillerson in place for 14 months, making him a comparative veteran by Trump standards, but… well, it's best to let the tweets do the talking.

It's a four-act play I like to call "Rex Bomb."

I have chosen one of the truly great business leaders of the world, Rex Tillerson, Chairman and CEO of ExxonMobil, to be Secretary of State.

Rex Tillerson never threatened to resign. This is Fake News put out by @NBCNews. Low news and reporting standards. No verification from me.

The media has been speculating that I fired Rex Tillerson or that he would be leaving soon - FAKE NEWS! He's not leaving and while we disagree on certain subjects, (I call the final shots) we work well together and America is highly respected again!https://t.co/FrqiPLFJ1E

University of Birmingham CISO: "I have severe doubts about the security of Facebook, and LinkedIn is going the same way" 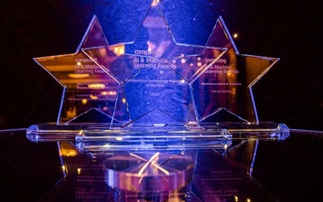 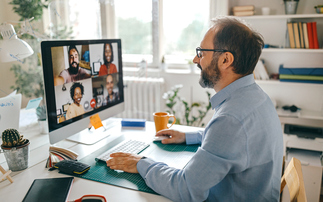 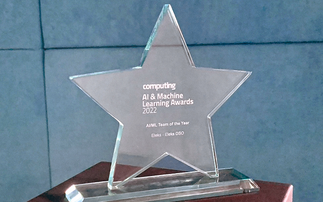