What does Tesco's sale of Dunnhumby mean for its data strategy?

Dunnhumby set Tesco apart from its rivals by masterminding its Clubcard back in 1995. So why is the retailer now looking to jettison the data analytics pioneer?

The Tesco Clubcard was a remarkably forward-looking idea when it launched in 1995, when the internet – let alone big data – was still far from becoming an essential part of business.

As Tesco CIO Mike McNamara told Computing back in 2013, the retailer has been analysing customer data for "donkey's years", keeping every scrap of purchase data collected through the Clubcard, amounting to "billions of lines of code".

Two years ago there were a staggering 16.5 million active Clubcard users in the UK. The information gathered is processed by data analytics firm Dunnhumby, which helped to create the Clubcard and is now owned by Tesco.

According to Clive Humby, who co-founded Dunnhumby with his wife Edwina Dunn, the firm was first contracted by Tesco to help with its trial of Clubcard in 14 stores.

"Sales were up but Tesco wasn't sure why. When we presented our findings, Sir [now Lord] Ian MacLaurin [then Tesco chairman] said, 'What scares me about this is that you know more about my customers after three months than I know after 30 years'," Humby told Director.

So vast was the company's expansion and so powerful was its use of data that Computing dared to question whether Dunnhumby, and other firms like it, could exploit customer data in dubious ways; would, for example, Tesco's insurance branch be able to know how many bottles of vodka you buy a week, and would that affect your health insurance premium?

But Tesco's meteoric rise has since stalled. In October it had its lowest market share in almost a decade (28.7 per cent) and the firm has been embroiled in scandal after artificially inflating its profits, leading to the suspension of eight top executives after a £263m black hole was found in its accounts.

Now, new CEO Dave Lewis is trying to sell some of its assets - starting with the £5m sale of video streaming service Blinkbox and Tesco Broadband to TalkTalk.

Next on the chopping block is reported to be Dunnhumby, with advertising juggernaut WPP in the frame to purchase the firm for about £2bn.

Just last year, Philip Clarke, who was the CEO of Tesco before being pushed out by its board, said that the Clubcard would ensure Tesco stays ahead of its rivals.

So does selling Dunnhumby, the creator of the Clubcard, suggest Tesco is losing faith in its data strategy?

According to Darryl Adie, managing director at e-commerce agency Ampersand, the sale isn't evidence that Tesco doesn't care about its data strategy, but rather is an indication that the big data market has evolved.

"Using CRM data from loyalty cards is now common practice rather than the unique differentiator that it once used to be," he said.

Indeed, many retailers, such as Sainsbury's with its Nectar card and Boots with its loyalty card, have tried to emulate the Clubcard's success, and as TechMarketView's Peter Roe suggests, "the world has moved on, and although there will be incremental improvements in big data, in the supermarket world, a lot of the advantages have already been realised".

Whether it offloads Dunnhumby or not, Tesco is unlikely to scrap the Clubcard or the data it has on its customers. Dunnhumby has functioned as a standalone outfit in the past few years, offering customer information services to other retailers around the world, and could operate in a similar way for Tesco post-acquisition. It counts Procter & Gamble, Coca-Cola, Diageo and GlaxoSmithKline among its customers.

But Chris Newbery, who worked for Dunnhumby in the UK and in Poland over a four-year period, and is now a sales director at shopping rewards firm Shopitize, said that a sale could raise serious concerns over the future of the Clubcard scheme, and prompt questions about data ownership and insight management. He believes the two companies would have to come to an agreement about the data as it could be "co-owned".

Newbery suggested that if Tesco abandoned its current data strategy, it wouldn't be the first time: back in June 1977, the firm abandoned the Green Shield Stamps customer reward scheme.

And there is the cost of operating the Clubcard scheme, which is estimated to be £500m a year. Could this money be better spent on price cuts so that Tesco can better compete with discounters like Aldi and Lidl?

Newbery works closely with brands, and believes that they are becoming smarter in the way they use data, too, and are therefore less reliant on retailers' data.

He said that brands are building their own enterprise data warehouses, and are rightly questioning whether loyalty cards make customers loyal to their brands or just more loyal to a specific retailer.

Perhaps by selling Dunnhumby, Tesco can revamp its data strategy to take into account this more sophisticated analytics market.

"Selling off its data business does not suggest Tesco is no longer interested in the zettabytes of data it collects on a daily basis, but rather it is the wisest business decision to keep itself competitive," said John Fleming, marketing director at analytics firm Webtrends.

"Clubcard is one of the major successes of Tesco and it is the management of this data it is letting go, not the concept of using the information it generates to identify highly successful customer insights," he added.

However, Newbery believes that Tesco would have to retain the services of Dunnhumby rather than build its own technology in-house. He said that many analysts have estimated that the Clubcard has saved Tesco about £350m per year since its inception, and that to replicate that success could be daunting for the supermarket.

"You would have to house that data somewhere and turn it into easy-to-read and manageable insight, and that is not easy - you'd need specialist data scientists who could interpret the data and make sense of it. Dunnhumby has over 3,000 employees, many of which handle data, whereas Tesco employees are more involved with understanding retail, buying and selling. I would be surprised if Tesco attempted to do the technology side of it themselves," he said.

He also thinks Tesco will not want Dunnhumby to work with one of its competitors - the analytics company currently works with US retailer Kroger but this hasn't been an issue because Tesco hasn't made its mark in North America.

None of Tesco's rivals has worked with Dunnhumby, even prior to the company being acquired by Tesco, so for the analytics company it could be a new lease of life, and it could subsequently obtain a better overall picture of the retail market.

"If Dunnhumby were to separate from Tesco, it will be better positioned strategically to collect and connect data across the whole shopping experience. The information can also then be used by a wider array of brands and retailers," suggested Andy Walker, UK managing director of customer data management firm Innometrics.

According to Hugh Cox, chief data officer at Rossyln Analytics, the high valuation of Dunnhumby shows that it had clearly been doing something right and he believes there will be no shortage of prospective buyers.

There is no question that Tesco CEO Lewis can do with banking £2bn by selling Dunnhumby, but in so doing it could just give its rivals access to a powerful weapon in the retail market war.

Care.data and big data will fill 'dangerous gaps' in NHS and futureproof it with genomics, argues Tim Kelsey 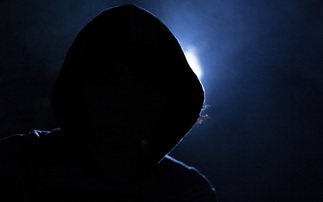