You're probably sick of hearing about it, but we can't escape COVID-19, and the fact that the pandemic has changed how we work. The growth in home working has been extraordinary, and organisations that were prepared to support this had an immediate advantage.

It's not just the private sector that was affected, though: the public sector - which traditionally relies on face-to-face interactions - has also had to pivot to a more hands-off approach. Even before the current crisis, some local councils were moving to a decentralised approach to work, and were able to handle the fallout of COVID-19 with minimal disruption.

The London Borough of Hackney, and Kingston and Sutton London Borough Councils, began migrating their infrastructure away from on-premise installations several years ago, with the support of Google Chrome. Both have between 4,000 and 5,000 users, all using Chrome devices.

Speaking to delegates at Computing's recent Public Sector IT Deskflix event, David Grasty - Corporate Head of Digital Transformation, Digital & IT Service at Kingston & Sutton Councils - said his organisation had an under-investment in the IT infrastructure. Back in 2014, when his team launched the first shared services, the organisation was using servers and other devices that were as much as nine years old.

The first step was to install a single network across both sites, but eventually - in 2017 - they began looking at the desktop. At the time the councils were using a Citrix VDI on Windows machines as thin clients. Because the organisation had already moved to G-Suite from Office, they decided to make the full move to Google hardware, too.

"We were looking for a thin client device, as we didn't need a full Windows implementation any more because we weren't installing anything locally; and we were looking for something that would work away from the office. Our whole strategy for the past six years has been to enable our users to access all of their services from any device, anywhere; and Chromebooks met that brief very nicely," said Grasty.

Hackney Council had a similar situation: using Windows laptops, which were beyond end-of-life, to access a VMware VDI. Delivery Manager Temple Rodgers said, "The support overhead for managing that kind of environment, even though you've got a virtual backend, is still significant, because you're constantly having to patch and update the laptops, batteries are dying regularly so people have to keep them plugged in - so the cost of ownership of those devices was growing rather than reducing, even though initial capital investment had been written off.

"We had a competitive faceoff between Office 365 and G-Suite… G-Suite won the competition, in particular because of its ability to provide a collaborative toolset and its ease of use. The Chrome devices were just the logical conclusion to that: so Hangouts Meet hardware, Chromebooks and also we've had a substantial investment in Chromeboxes on desktops, too." Eventually the Council rolled out close to 4,000 pieces of kit across 110 sites in 90 working days.

Both organisations are now fully invested in the Chrome ecosystem. "Walk into Hackney and all you'll really see is a Chrome device on each desk or people wandering around with a Chromebook under their arm," said Rodgers. Grasty agreed: "You name a form factor and we have at least one deployed somewhere across the boroughs."

The Chrome hardware made moving to remote work a simple matter, with Kingston & Sutton Councils moving from 10-20% of staff working remotely to 95% within a week. In Hackney, Rodgers noted that the service desk has "not [been] swamped with calls after lockdown. Once the devices were rolled out, they were rolled out - there wasn't a problem with them."

Meet is Google's collaboration tool, with both software and dedicated hardware. Hackney Council deployed about 30 Meet installations around the borough as part of the Chrome rollout, but didn't see "any major increase" in usage until COVID hit.

"All of a sudden, Meet became an important part of the business," said Rodgers. "That move to the increase...was really led from the top: one of the first people banging on my door and saying, ‘I need Meet in my office' was the Mayor of Hackney… We found something like a 30-fold increase in the use of Meet hardware, and today it's still gradually increasing. We've seen a phenomenal takeup; over the last 30 days way over 3,000 users have used Meet in some shape or form, and the wonderful thing about that is that we haven't had to do anything to make that happen."

Kingston & Sutton Councils were in a slightly different place, as the geographic spread of the organisations made remote collaboration commonplace. Although hardware use fell to "almost zero" at the start of lockdown, "everyone is in Meet meetings all of the time now."

Grasty added, "We've especially noticed it where some of our colleagues have started to talk to other boroughs that don't have the benefit of the investment that we've got in relatively new infrastructure, and have realised how hard it's been for some of the other councils. They've actually taken it for granted that it's just worked; they've gone home worrying about how they do their service, not about the IT supporting it."

That's not to say there weren't a few pain points with the Chrome rollout and use, as there are with any big change, but these were mostly around the software changes in moving from Windows to Chrome. Rodgers said, "The user experience wasn't identical to the experience they had with Windows through the VDI, and there were some issues with the VDI that had to be addressed."

The biggest issue, though, was one of logistics rather than technology: because Chrome devices are nowhere near the scale of Windows, manufacturers required a long lead-time to provide as many as Hackney Council needed. There were also issues with packaging, with every unit arriving in its own individual pack rather than more environmentally (and disposal-) friendly multi-unit boxes.

Still, these were relatively small issues compared to what large organisations would normally face when refreshing their entire IT infrastructure, and both Rodgers and Grasty praised the process, calling it "remarkably smooth," and commenting that the tech "just works." But blocking the $1.7bn deal won't be easy 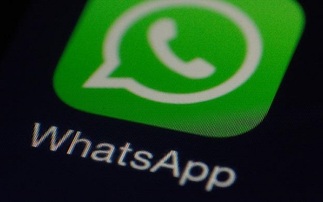