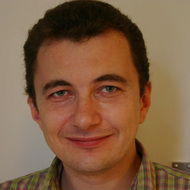 Iain Thomson is the US editor of V3.co.uk based in San Francisco. Iain has been a part of the V3.co.uk team since 2002 and was previously technical editor of PC Magazine, reviews editor of PC Advisor and editor of Aviation Informatics. He also appears as an occasional commentator on BBC television and radio, ITV and Bloomberg.

CEO Doug Grose steps down on eve of major expansion

Samsung Chrome OS Series 5 laptops go on sale in US

Sales expected to be slow but steady