DevOps is rapidly becoming the de facto way of developing, delivering and refining software, and not just at the usual suspects Uber, Google, Facebook et al. DevOps should be viewed in a wider context that is seeing technology injected into more and more aspects of life. In a practical business sense the outcome is ‘digital transformation'. In a more philosophical vein it can be seen as part of the drive for continuous improvement.

We're becoming familiar with the phrase "every company is a software company now". For most this means a continuous flow of products and improvements the logical outcome of which is that every company is becoming a DevOps company too.

DevOps is a journey in which more and more physical, one-off and manual tasks are  abstracted into code. Arguably this is a journey without end: the DevOps engineers of today are really just the developers of tomorrow, and there will always be new tasks to be bundled into a framework and automated.

Recently Computing polled about 200 IT professionals with some involvement in DevOps, from just beginning to maturity. The chart above shows just how rapidly DevOps as a practical concept is taking off. Since last year the biggest jump has been in the proportion of respondents "learning the ropes" - up from 23 per cent to 35 per cent.

DevOps has broken out of the early adopter phase and is now entering the mainstream. However, the proportion considering themselves to be "advancing" or "mature" is relatively unchanged. These early adopters who are now looking to scale up DevOps to the next stage.

On the whole, these early adopters showed a high degree of satisfaction with the outcome of their DevOps efforts so far. On a scale of one to seven with one being highly dissatisfied and seven being very satisfied, the mean of the responses was five or "pretty happy". The mode average was six - 38 per cent of respondents placed themselves there.

Half of the respondents were planning to scale up their DevOps activities in the next year. Only 22 per cent said that they would not. The remainder fell into the "maybe" or "not sure" camps.

In 2018 DevOps has become an enterprise concern

So it would seem that the argument for DevOps has largely been won. It is certainly no longer considered a flash in the pan. In 2018 DevOps has become an enterprise concern, and there's no going back now.

But while it may be a product of the business environment this is not to say that DevOps is some sort of panacea. Like any new way of working it needs time to bed in and it's never going to please everybody all of the time. Nor will it be the only way the software is produced, being no suitable for smaller, fast-changing applications.

DevOps (and more generally Agile) is sometimes met with bewilderment on the part of the business or end users, particularly if they are used to receiving their software fully polished with all bells and whistles functional from the start. A barebones MVP delivered without explanation will seem like a step backwards.

While a certain amount of enthusiasm is vital to get the board interested enough to support DevOps, overplaying that hand can backfire in the form of unrealistic expectations. Finally there can be friction within the IT department itself as the old roles are changed. However, Computing's research found a positive picture, with expectations were being met overall.

Understanding of DevOps is increasing and with it satisfaction with the end result. The number saying that DevOps is meeting most expectations has risen markedly since last year, even if at the top end the numbers fully meeting expectations have not increased and may even have fallen off slightly.

Where DevOps has not yet delivered the goods there may be a number of underlying issues to explain it.

"We still don't have a setup that delivers truly agile deployment. The DevOps behaviour still has to be fully embraced," said one person.

"They always want more, cheaper and faster," complained another, while one third spoke of a lack of training for staff. 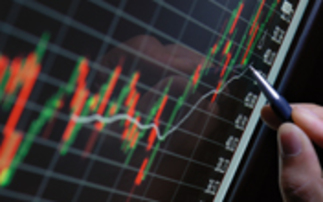 Partner Insight: How the global security and pandemic context is driving IAM innovation in financial services 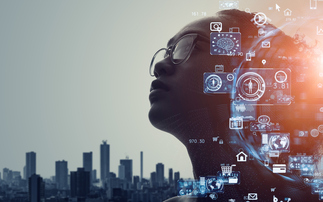