Government IT exec to Whitehall CIOs: 'You've got IT procurement all wrong' - but is he right?

The many government organisations that use the SIAM/tower procurement model need to change their ways, argues Alex Holmes

When the Government Digital Service's (GDS) deputy director, Alex Holmes, launched his recent attack on the Service Integration and Management (SIAM) tower model, it must have come as a shock to the many government departments that use it because they were given the clear impression that it is "best practice".

The whole idea behind the SIAM/tower model was to shift away from the multi-million pound outsourcing contracts that were being handed out to the big vendors, and instead combine outsourcing with multi-sourcing IT provision. It was seen as a leap forward.

But according to Holmes, it's more of a case of one step forward, two steps back. He said that it was unfortunate that the combination of outsourcing and multi-sourcing created a "tower model" that manages to lose the benefits of both methods.

"Rather than changing their approach and emphasis, [organisations] have ended up outsourcing their IT again, but in pieces," he wrote in his blog.

While Holmes may have a point, his views are unlikely to have gone down well with the many government IT leaders who use the SIAM/tower model.

Stephen Kelly, the government COO, has stated that he sees the SIAM/tower model as an interim solution, because it does not sit comfortably with the emerging "Government-as-a-Platform" strategy.

Nevertheless, even TechMarketView's Georgina O'Toole was surprised that the government put the nail in the coffin of the Tower model quite so soon.

The research firm recently told its clients, who are software and IT services suppliers, that although the longer term aspiration of the government was to move away from the SIAM/tower model, there was no indication that a change in approach would happen imminently.

Indeed, there are several procurements still under way that adhere to the tower approach, including an application services tower in central government that is yet to be awarded, and a DWP tender for a SIAM service desk provider.

Meanwhile, a transformation strategy at the Ministry of Justice has seen it award nine contracts based on the tower model, and earlier this month, Transport for London picked Atos for its service desk solution as it continues its switch to a SIAM/tower model.

At the time, TfL CIO Steve Townsend said: "TfL promised we were going to transform the way we provide our information management services to our business and ultimately our customers."

A tower-led strategy is also being pursued by the Highways Agency, which selected BAE Systems to deliver SIAM systems across the entire organisation, and HM Treasury, whose ICT 2015 programme is based on a SIAM tower approach. The Post Office has also issued many tender notices since 2012 as part of its transformation programme, which also involve a tower approach.

But according to Holmes, this almost-universal adoption of the tower model is deeply misguided as it only takes into account the needs of the departments rather than the needs of users.

"Organisations have adopted the tower model, believing they are following government policy and using best practice, but they are doing neither," he said.

"I am now writing this post to be clear that the tower model is not condoned and not in line with government policy. Government should use the best of what is already out there - not develop its own model," he stated.

Holmes went on to argue that the tower model falls down because it doesn't fully consider what services are needed, or how they fit together, and because it uses a "one size fits all" approach.

"Towers tend to be rigid with hard edges and a strong focus on their own goals, this makes it very difficult to cut across them in order to focus on delivering a service around a user need. You can't look at these towers - end user computing, networks and data centres - independently," he said.

But TechMarketView's O'Toole believes it isn't a rigid model, and suggested that many of the things that Holmes wants to bring into the equation for government procurement could be covered by the existing tower model.

"I am not sure the tower model precludes any of these things," said O'Toole.

As an example, she suggested a networking tower could be procured through a commodity framework, or served by an in-house team or a combination of teams.

"There's nothing to say that government can't retain control over decisions such as the technology architecture; that all depends on how you design SIAM," she said.

O'Toole questioned whether anything would really be different aside from the name.

But some organisations are already in the middle of shifting away from the tower model.

A DWP spokesperson said that the organisation's approach "was in line with government policy".

O'Toole questioned the logic of disaggregating the different contracts.

"Isn't what [the new approach suggested by Holmes] really advocates is further disaggregation of the ‘towers', which will inevitably lead to more complexity and an even tougher task integrating all of the parts. It might have worked at smaller organisations such as the Cabinet Office and DCMS but can government really handle that on a larger scale."

But clearly some of the problems from the old legacy contracts remain with the tower model. Take DWP's extension of HP's contract to manage the department's hosting infrastructure service. DWP selected HP without a call for competition, and one of the main "technical reasons" it gave related to the tower model.

"The end-to-end service is fragmented between several tower contracts and in some areas the technical parameters within the systems are so intricate that no other provider would be able to legitimately provide the service," DWP said in the tender notice.

So perhaps a new model would make sense, but as O'Toole emphasised, departments and agencies are still confused. And if the tower model isn't being used, then what will be employed in its place? Although Holmes described what he (and perhaps GDS) would like to see, there needs to be an official line from government, explaining what is condoned, what isn't, and how the various organisations can transition away from the tower model.

Read the follow-up to this feature: Can the tower model still work despite GDS wanting to knock it down? 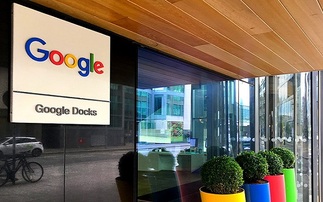 The case is not anticipated to go to trial until 2024 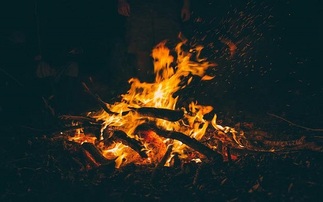 British businesses will be "sweating" as they navigate regulatory changes. 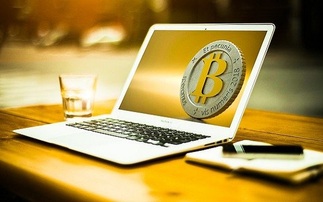 US Senators demand cryptominers disclose emissions and energy use

The latest step in the inevitable move towards crypto regulation